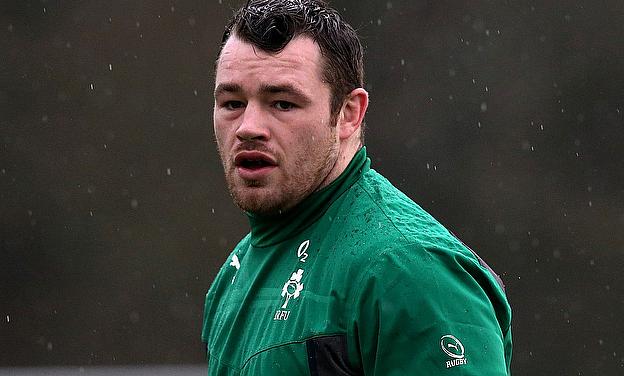 Cian Healy and Sean O'Brien are on the comeback trail
©PA

Cian Healy and Sean O'Brien could kick-start their fight for Six Nations fitness in Ireland Wolfhounds' clash with England Saxons.

Ireland boss Joe Schmidt will confirm his 40-man Six Nations training squad before the weekend, with long-term absentees Healy and O'Brien expected to be included.

The Leinster duo are still battling back to fitness but could yet launch their comebacks when the Wolfhounds face the Saxons in Cork on Friday, January 30.

Bullish flanker O'Brien has not featured for Ireland since damaging his shoulder in the 24-22 Test defeat to New Zealand in November 2013.

The 27-year-old has had to undergo two successive operations on the same shoulder, but is finally nearing fitness.

Ball-carrying prop Healy suffered a severe hamstring tear in September and has been grafting towards Six Nations fitness ever since.

Leinster expect both back in club action for the Pro12 clash with the Dragons on February 15, indicating the pair will miss Ireland's first two rounds of Six Nations action.

With neither registered for this weekend's Champions Cup trip to Wasps though, the influential forwards could be pitched into the Wolfhounds clash to boost their respective returns.

Ireland will launch their Six Nations title defence with a trip to Rome to face Italy on Saturday, February 7 but will do so without fly-halves Johnny Sexton and Paddy Jackson.

Ulster outside-half Jackson has had surgery on a dislocated elbow and is now sidelined for three months, so misses the entire tournament.

Connacht centre Robbie Henshaw is nursing a "low-grade ankle ligament strain" according to his province, so his chances of lining up against the Azzurri remain slim at best.

Head coach Schmidt will draw the Wolfhounds squad from the wider training group that will be announced this week.

England have selected a strong Saxons squad to travel to Cork, with rugby league convert Sam Burgess inked in to start in the centres.

While Ireland could choose to place less stall in the contest, Schmidt could still take the opportunity to hand a clutch of players returning to fitness a chance to build match sharpness.