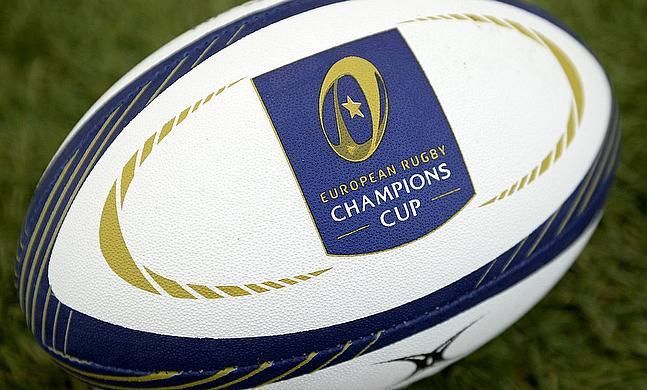 After earning promotion back to the French top-flight in 2014, La Rochelle have grown to be one of the country’s leading club sides.

Coached by Jono Gibbes and Ronan O’Gara, there is also plenty of Irish interest in this game. This can be clearly seen by the number of journalists putting their questions to Gibbes over Microsoft Teams, the man who coached the Leinster forwards to three Champions Cup titles.

The person preparing to take on Gibbes’ role has some notoriety too. O’Gara, who is quite frankly a living and breathing Irish rugby legend, has raised his profile significantly in recent weeks with his post-game press conferences where the 44-year-old has displayed the same desire and passion that helped him lift silverware as a player with Munster.

Together, the pair have turned La Rochelle from a side that blew hot and cold throughout the season to real challengers both domestically and in the Champions Cup. Currently, they are second in the Top 14 and five points behind Toulouse, but whispers have begun to grow louder about whether this La Rochelle side could stun everybody by hoisting a European trophy above their heads at Twickenham.

It was only in 2019 when the side left Newcastle disheartened and dismayed after falling short to Clermont in the Challenge Cup final, but just two short years on, their hopes are alive once more.

With France in yet another national lockdown, the team’s avid fans cannot fill the Stade Marcel-Deflandre and will have to be content in watching from home.

As with any team, it would be quite frankly gut-wrenching to see a side lift a first major trophy without any of their supporters there to witness it. For La Rochelle, it would probably be even more difficult considering they have had so many near misses in recent history.

Of course, the Challenge Cup was one, but their record in the Top 14 has sent many draped in black and yellow home with tears in their eyes.

After finishing top of the table in the 2016/17 season, La Rochelle were knocked out of the play-offs by Toulon and it was the same story two seasons later when after finishing fifth, the team battled past Racing 92 only to be dispatched by eventual champions Toulouse a weekend later.

For their current Director of Rugby, he was quick to emphasise the importance of his deputy in helping the side establish themselves amongst Europe’s elite clubs.

“What’s changed here is I think Ronan (O’Gara) has done a really awesome job with defence,” Gibbes said. “Obviously, it is his first area of expertise. It has now grown into the attack side as well, but La Rochelle traditionally weren’t really a defence heavy team.

“The DNA of the club was to play with the ball and move the ball from all over the park, play an attractive style of rugby and when La Rochelle didn’t have the ball, it was kind of to minimise the damage and that is not a negative, it is just how the club had been in their approach for a long time.

“I think Ronan coming in and demystifying and taking something that is quite complicated and making it simple and useable and repeatable, I think defence has become a really strong weapon of this team and that is a massive credit to him and what he has done.”

One man to have experienced all of these highs and lows is Victor Vito. Arriving on France’s West Coast in 2016 as a double World Cup winner, the loose forward certainly knows a thing or two about tasting success.

Arguably the most important cog in the team’s machine, the New Zealander combines athleticism along with a shuddering physicality to break the gain line and pull his team to victory. His importance could be seen in the 45-21 win over Sale Sharks in the quarter-final.

From one to 15, La Rochelle have threats. Levani Botia and Geoffrey Doumayrou always cause some havoc in the midfield, whilst a back three comprising of Brice Dulin, Dillyn Leyds and Raymond Rhule regularly get over the whitewash thanks to the hard work of their forward pack.

With Will Skelton, Romain Sazy, Gregory Alldritt and Pierre Bourgarit amongst their ranks, the team’s meeting with the PRO14 champions is set to be quite frankly box office, with Vito revealing he had communicated with Leinster coach Stuart Lancaster to help the continued development of his team off the pitch.

“I was speaking to Stuart Lancaster because I was trying to help lead this team and trying to pick his brain,” Vito said. “Obviously, he has been through the England set-up, he is with Leinster, we were talking, and I think we have been able to enact certain things, but obviously different cultural norms has made some things difficult.

“But from where it was in terms of when I got here, guys were smoking around the corner from the changing room. Now, at least they drive somewhere else and do it! Just guys doing half a weight session and then walking off the field early if they were just tired, to now where it is just a professional set up.

“The facilities we have got are amazing as well and then, just the fact we have started winning games has given us great belief. I think there is something special happening at the moment here in La Rochelle. It has taken a while, but at the same time, it’s happened pretty quickly to be fair.”