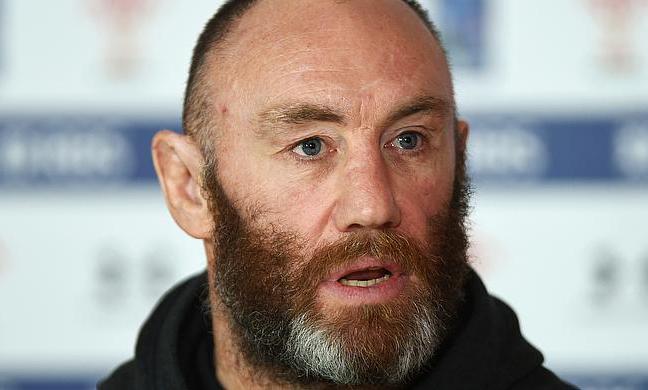 This season, Leinster have already put some silverware in the bursting trophy cabinets at the RDS Arena.

Beating Munster in the PRO14 final, the team’s attentions have now turned to securing another European crown as well as a Rainbow Nations Cup.

Their hopes of the latter took a knock last weekend as the aforementioned Munster exacted their revenge by thumping the Boys in Blue, but hopes of a fifth Champions Cup are still very much alive.

However if they are to reach this year's final, Leinster will have to do it without their talismanic fly-half Johnny Sexton who will be absent for their last four clash against La Rochelle on Sunday.

The 35-year-old has not been seen since the quarter-final against Exeter Chiefs after failing a Head Injury Assessment two weeks ago.

“It is the type of game he would want to be involved in, isn’t it?” Leinster’s forwards coach, Robin McBryde, said. “Towards the end of the season, this is where you have been working all season to get to so to lose out on the opportunity to play is very disappointing.

“It is obviously a Lions year as well, so everybody really wants to push their case as strongly as possible so unfortunately with Johnny, he is not able to do that, but that is the nature of the game, isn’t it?

“Every player, everybody who plays the game of rugby takes that risk. They realise injuries do happen. There is never an ideal time. Unfortunately, it has come at the wrong time for Johnny.”

As part of the British and Irish Lions coaching group, McBryde is more qualified than most to discuss the upcoming tour to South Africa and he will no doubt be spending much of his time doing so at the start of next week before he - along with Warren Gatland, Gregor Townsend, Neil Jenkins and Steve Tandy - finalise their squad on May 6th.

Since taking on the Lions role, McBryde has maintained he will not be wearing two hats at once so attentions are very much on getting Leinster to another Champions Cup final this weekend.

La Rochelle have impressed many so far this European campaign. Their head coach, Ronan O’Gara, has been the subject of many people’s praise due to his post-game interview after their victory over Gloucester in the Round of 16.

Using the acronym KBA (Keep Ball Alive), the side currently sit second overall in the Top 14 and they have played an expansive style of rugby which has quite frankly ran their opponents ragged, especially in the latter stages of games.

This has meant that on average, the ball has stayed in play longer and you can quickly argue that the contrast in game plans between Leinster and La Rochelle will make for an exciting encounter at the Stade Marcel-Deflandre.

The Irish province have scored more points in the competition this season, as well as having scored more tries. Statistically, La Rochelle’s lineout is stronger, as is their scrum and their work at the breakdown to earn turnover ball also makes for impressive reading.

But statistics are one thing and Leinster's experience in this competition can only be rivalled by that of Toulouse, who take on Bordeaux-Begles in the first semi-final on Saturday.

In order to beat a team like La Rochelle, who thrive on chaos, Leinster must assert themselves early in the contest. For much of his time with the province, Stuart Lancaster has often talked about thriving on chaos, and with that in mind, we really are set for a treat to close out the weekend.

?? Leo Cullen has issued an injury update ahead of the @ChampionsCup game on Sunday against La Rochelle

Check out the full update ??

However, as far as a hooker Ronan Kelleher is concerned, the path to the final all starts by getting things right up front rather than getting drawn into a game of score after score rugby.

“It is vital, yeah,” Kelleher told TRU. “It is vital we get our detail right and we make sure we implement our game plan on them.

“I suppose where that comes in will probably be the accuracy that we can provide at set-piece time, both scrum and lineout. If we can do our jobs there, we can really impose our game plan on them, but I think it all starts there at the set-piece.”

Sunday will see these two teams play one another for the first time. In addition to this, much like Bordeaux in the other semi-final, this will be La Rochelle’s maiden last four tie in this competition.

Throughout their history in the Champions Cup, Leinster have been no strangers to making the latter stages of the tournament and as part of the team to lift the club's first European crown in 2009, Devin Toner knows exactly how La Rochelle will be feeling coming into this Sunday, the 34-year-old having come off the bench that day in Edinburgh 12 years ago.

“Can I remember it?” Toner said when asked of his memories of making the first semi-final by TRU. “2009, so it is a fair long time ago now, to be honest!

“I just remember that whole campaign I was so nervous because Europe is such a huge competition for us, for Leinster, and it was that year we got to the first semi and it was hugely nerve-wracking.

With a wealth of experience throughout Leo Cullen's squad, many believe that it is the Irish side who will be victorious on Sunday afternoon. With plenty of past champions in the team, Toner is hopeful that prior experience in the team will see them through what is set to be a stern challenge.

"You’d like to think so," Toner said. "I think a lot of lads in the squad have played a fair few pretty important knockout games in Europe and I think we as a squad have been involved in a couple of important games and hopefully that experience will tell.

"I think it is a whole different kettle of fish when you look at a semi-final in Europe. I think you do have to take every point that you can and obviously take every chance that you get. I think the only thing we have our sights set on this week is La Rochelle and hopefully the experience will do us well."