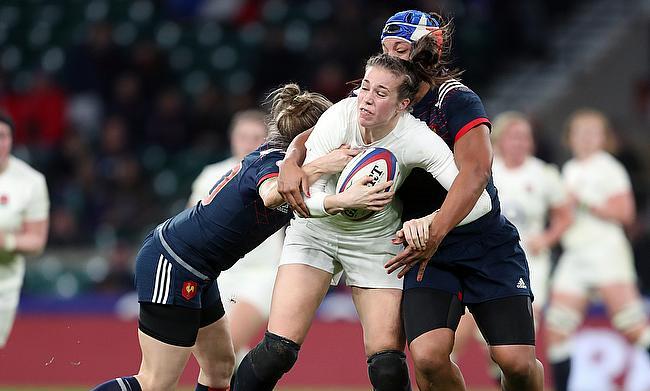 Coming into this year’s truncated Women’s Six Nations, England and France were deemed as the favourites to reach the final.

And after a month of high-quality action, the conclusion to the tournament most of us expected will be taking place at the Twickenham Stoop on Saturday.

Being played away from the men’s Six Nations for the first time, games have been broadcast on the BBC iPlayer in the United Kingdom and this weekend’s final will be shown on BBC Two.

“We want to showcase what we can do, and our sport, to as many people as possible,” Emily Scarratt said on Thursday morning. “Obviously, we are not able to do that at the moment in terms of fans at the stadium but to have it on terrestrial TV and being well publicised that it is there is awesome for us.

“As we keep saying, the game itself is dubbed to be a pretty good one and hopefully that is the case and people tune in. Whether that be new viewers or old fans, we want them to really enjoy it and get behind it.”

In their two group games, England scored 119 points against Scotland and Italy, respectively, to secure their place in the first Women's Six Nations final and head coach Simon Middleton has shuffled the pack for this Saturday's showdown with France.

Scarratt is captaining the side, with usual skipper Sarah Hunter named on the bench. Poppy Cleall is starting at No.8, whilst Marlie Packer and Zoe Aldcroft round out the back-row.

Abbie Ward starts in the second-row alongside Cath O’Donnell, whilst Vickii Cornborough, Lark Davies and Shaunagh Brown form the front-row.

Elsewhere, Alex Matthews and Megan Jones are unavailable due to their involvement with the GB Sevens squad, and Zoe Harrison gets her first start of the tournament at inside centre where she will form an axis with Loughborough’s Helena Rowland.

The final change made by Middleton sees Sarah McKenna reclaim her place at full-back from Ellie Kildunne.

Your #RedRoses squad to play France in Saturday's #WomensSixNations final ??

Leading England through a sixth Six Nations, Middleton believes that he and his coaching staff have learnt plenty about this group of players during the competition.

“You always enjoy playing in the Six Nations for lots of reasons,” Middleton said. “One is the diversity of the games you play. You have got to adapt your game each week, change your game each week a little bit, but fundamentally you base your game around 75 per cent, 80 per cent of what you actually do.

“So, our objective has always been about how we progress through the tournament. I think both games have brought challenges for us. If you look, we didn’t do particularly well against Scotland in the second half. They presented a great challenge for us and in the first half, Italy were fantastic. We just couldn’t get the ball off them.

“From that point of view, I was really pleased with particularly how we went second half against Italy, which sounds obvious when you look at the scoreboard. It was something we have been looking to do, how we can impose ourselves as we go forward in a game.

“We are sort of at that point where we want to know what the next step looks like for us. We want to know exactly where we are. I think this game this weekend is going to give us that opportunity for sure.”

Like England, France have been playing free-flowing rugby in their pool games. They subjected Wales to a 53-0 loss in their opening match before beating Ireland 56-15 in Dublin to set up a mouth-watering final with the Red Roses.

Similar to their male counterparts, France use their monstrously powerful forward pack to create space to allow their exhilarating backline to do what they do best; create havoc.

It is their back three that have caused the most conversation. Emilie Boulard, Caroline Boujard and Cyrielle Banet are France's version of the ‘Killer Bs’, a moniker not used since the back-row of Kelly Brown, John Beattie and John Barclay played for Glasgow Warriors in the Pro12.

“The threat that their back three poses is fantastic,” Middleton said. “What it means is that you have got to defend, your line-speed has got to be good to shut down players when they shift the balls, but if you kick, you have got to kick well because if you kick and they take the ball on the full, they are going to hurry you.

“They have got a real physical approach to them, but they have got this great attacking edge, so I look at them and think 'do we see progression in them like we see in us? Yeah, absolutely. 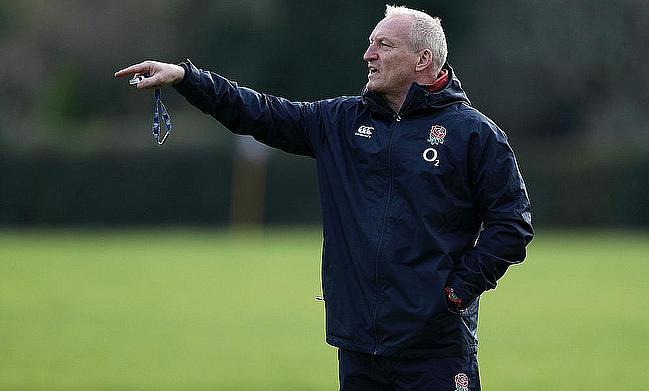 With five tries, Boujard sits as the tournament’s second-highest points scorer this year only behind England’s captain on Saturday, Scarratt. In her 13th year as a senior international, the centre, in a sense, is in a class of her own and is a master of all facets of backline play.

Playing France three times last year, England bettered their Gallic opponents on each occasion, but in contrast to the large majority of games between the sides, these were nip and tuck encounters that required teams to dig deep.

The most recent meeting took place at Twickenham, where a late Scarratt penalty snatched a victory for England last November.

“I think France are always a better France than the France you played last time,” Scarratt said. “Just because of the nature of how they go about what they do. They are always incredibly tough, incredibly physical.

“I don’t think there is going to be any surprises in terms of how hard that game is going to be from a physical point of view at the weekend. They have obviously been going really well. Their results kind of speak for themselves.

“They have drafted back in a few of their sevens girls, which will no doubt bolster that squad and they seem at the moment have a huge amount of depth as well in terms of the players they have been able to use in the first couple of rounds, so we are under no illusions as to the challenge at the weekend, but it is a really exciting one for us.”

Playing France next week in a Test as well, the intrigue surrounding these foes will only thicken as they stay on course for an encounter in Pool C at the Rugby World Cup in New Zealand next year.