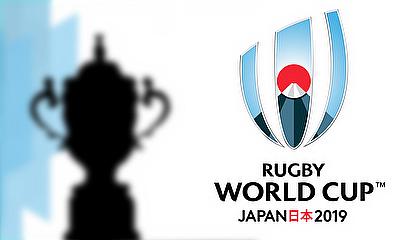 It is set to be played in Japan between 20 September and 2 November and marks the first time a Rugby World Cup will be played in Asia. You probably already have a pretty good idea of who the biggest favorites are, and today, we will talk about which one of them has the biggest chance of winning the tournament.

This year’s edition of the tournament will be very popular with punters, especially for those from one of the countries competing. One month before the start of the tournament, most sports bookmakers have already named their favorites, and they are all pretty certain that New Zealand is the team to beat. According to bet365, they have odds of 6/5 to win the tournament. Next up, are England and South Africa, with odds of 9/2. The three next favorites are Ireland, Wales, and Australia, with odds of 7/1, 9/1, and 12/1, respectively.

Next in line are the mid tier favorites. This year, those are France at 33/1, and Argentina and Scotland at 40/1. After that, it is extremely unlikely that any of the remaining teams will win, starting with Japan with odds of 150/1, and ending with Namibia at 7500/1. If you want to see odds from other places, check out this list of betting websites.

Now that we saw who the betting favorites are, let’s talk about some of them that we think are most likely to win.

Placed in Pool B along with one of the other heavy favorites, South Africa, New Zealand is the usual favorite when it comes to rugby, as they’ve won the last two World Cups. Anything but another win this year would be a huge disappointment for them, as they have star quality throughout their squad, as well as the experience of winning a World Cup.

As New Zealand is clearly the overwhelming favorite, instead of talking about them, let’s see if any other team has a chance to challenge them.

Despite having a disappointing year in 2018, after which they fired their coach and hired Rassie Erasmus, South Africa is currently the only team that can realistically beat New Zealand in a final. Their last three games look very promising, as they beat Australia and Argentina by a big margin, and drew with the All Blacks 16-16.

What gives The Springboks hope, apart from their high quality players, is their new coach, Erasmus, who is very innovative and with an exceptional eye for detail. The biggest concern when it comes to South Africa is their lack of consistency and effort, but this looked a lot better in the last few games. One other weakness could be the fact that defensively, they always rely on their wingers shooting up the field, trying to make a tackle. When they fail to do so, this leaves them very vulnerable on the wings.

Despite some concerns, South Africa is still the biggest challenger to New Zealand, and they did beat them in September 2018.

There was a lot of optimism with England fans after their team hired Eddie Jones as their new coach. However, it was a rather disappointing first year (2018) for him at the helm, finishing with a record of six wins and six losses.

The end of 2018 and 2019 was fairly positive, though, and England find themselves as one of the favorites for the World Cup. Their biggest asset is the coaching genius that is Eddie Jones, along with his assistant, John Mitchell, who previously worked for New Zealand.

Although the chances for England to finish ahead of South Africa or New Zealand are fairly low, they are still worthy of being mentioned in the conversation.