Who Will Replace Richie McCaw? - The All Black Selectors Dilemma 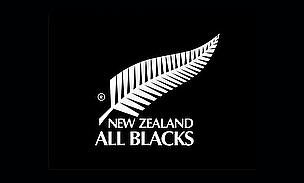 The All Black selectors have their work cut out in trying to find a replacement openside flanker if the unthinkable happens and the greatest openside flanker on the planet and captain of the All Blacks, Richie McCaw goes down injured at the Rugby World Cup. Over the last few seasons several players have been tried and found not to be adequate replacements. There is daylight between Richie McCaw and the next cab off the rank, so who should the selectors pick

The All Black selectors have tried Scott Waldrom and Tanerau Latimer (Chiefs), Adam Thomson (Highlanders), Daniel Braid (Blues), George Whitelock (Crusaders) while there are two up and comers in Luke Braid (Blues) and Matt Todd (Crusaders).

The general consensus in New Zealand is that Latimer and Whitelock weren't effective enough in the All Blacks jersey. Scott Waldrom was useful, but is getting older and very injury prone. Adam Thomson is better at Number Six making him only a stop gap measure off the bench. Daniel Braid was bought back to New Zealand from Queensland. He is good without being exceptional at test level. He is getting older and hasn't played much this season through injury. Luke Braid is still finding his feet, while Matt Todd the Crusaders replacement is considered to be an amazing talent, but could be a bit inexperienced for the step up.

The way I see it, the selectors have three choices.

1) Adam Thomson - Because Richie McCaw is captain and will play in most of the campaign there is no need to have a specialist backup openside flanker in the Rugby World Cup squad. Adam Thomson is a dynamic player in the other loose forward positions and can cover openside flanker adequately from the bench. This option depends on the makeup of the All Blacks squad and how many loose forwards they decide to have in their squad.

2) Matt Todd - The young Crusader has made the most of the injury to Richie McCaw. He is a star of the future and should be blooded this season throughout the Tri Nations and Rugby World Cup. He needs experience, but can get it this season. Once Richie McCaw leaves, Matt Todd looks like the heir apparent. It will be interesting to see if the conservative All Black selectors are willing to pick young stars like Matt Todd and Robbie Fruean so close to the Rugby World Cup tournament.

3) Daniel Braid - Braid is an experienced player these days. He has played plenty of test matches when given the chance behind Richie McCaw and Marty Holah. We only realised how good he was when he went to the Queensland Reds and made a huge difference. He doesn't make many mistakes and is an honest toiler. The All Black selectors rate him as they recalled him back to New Zealand from Queensland.  He hasn't played much this season through injury and is 30 years old these days.

So what do you think the All Black selectors should do?

I think the selectors should go for Matt Todd during the Tri Nations and International series and see how he goes. It is a big step up to a Rugby World Cup final for any player to make and it could take some time. If he doesn't handle the step up very well initially, then go into the Rugby World Cup with Adam Thomson or another utility loose forward as the backup.