Which Stormers could feature in Coetzee's Springboks 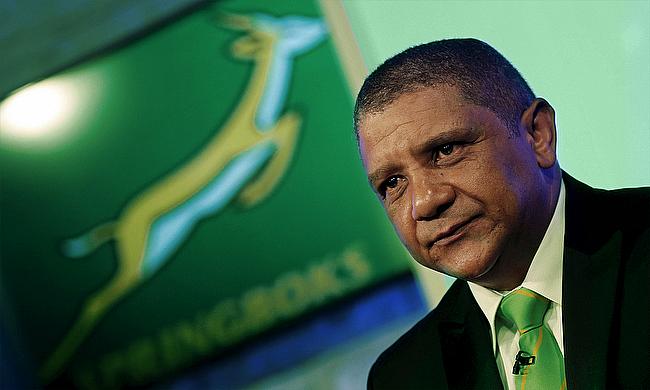 The South African Rugby Union (SARU) confirmed last week what many had known for months and that was that Allister Coetzee would be the next coach of the Springboks.

Coetzee has brought in Mzwandile Stick and Johann van Graan as assistant coaches and South African fans can now start to guess at what the Springboks may look like as they begin to build towards the 2019 Rugby World Cup in Japan.

Springbok legends such as Jean de Villiers, Victor Matfield and Fourie du Preez have hung up their international boots and there will be a fresh look to the national team when they take on Ireland this summer.

Coetzee has plenty of ties with current and former Stormers and Western Province players and it will be intriguing to see how many of his former players make the cut when he announces his first squad, particularly with transformation cited by SARU as a goal moving toward the 2019 RWC.

The front row trio of Steven Kitshoff, Scarra Ntubeni and Vincent Koch was arguably the standout unit in South Africa last season and all are likely in contention for a place with the Boks. Kitshoff has headed to France since, but SARU’s recent move to reaffirm the U20 side South Africa’s official ‘second team’ means that any player capped at that level since 2012 is tied to the Boks and that includes Kitshoff. That said, Kitshoff being based in France may make Coetzee err on his selection.

With the du Plessis brothers also in France, the door is open for new talent at hooker and tighthead, and that could open the door to Ntubeni and Koch. The pair could give the formerly Sharks-dominated front row of South Africa fresh impetuous, as could fast-rising loosehead Oli Kebble.

It would have seemed preposterous at the RWC to suggest Lood de Jager may not be in South Africa’s starting second row this season, but such has been the form of Stormers duo Eben Etzebeth and Pieter-Steph du Toit that is conceivable. The pair have quickly struck up an impressive accord following du Toit’s arrival from Durban and have certainly been setting the standards among Super Rugby engine rooms this year.

The back row is another interesting area where one or two Stormers could benefit from their former coach’s new position. Schalk Burger is likely to be phased out of test rugby with the veteran heading to England to join Saracens and turning 36 by the time the next RWC rolls around, but Siya Kolisi and Nizaam Carr are two players at the other ends of their careers.

Both players have represented the Springboks before, but neither has managed to nail down a position in the 23. Kolisi will be competing with Francois Louw for a spot on the openside, while Carr will have to contend with Duane Vermeulen at eight, or convince Coetzee he is the man to take on the blindside flanker role. There have been suggestions that the Boks will limit the number of overseas players they select, but unfortunately for Kolisi and Carr, Louw and Vermeulen may be the two best overseas-based Boks and would surely be at the top of Coetzee’s shortlist.

There are less candidates in the back line, but Damian de Allende is a solid bet to retain his place in the midfield. Johnny Kôtze and Dillyn Leyds are two players who may feature for South Africa A this summer, but barring injuries, are probably a little off the Springbok pace right now.

Three names to watch, however, are Cheslin Kolbe, Leolin Zas and Seabelo Senatla.

Kolbe as long been critiqued for his lack of prototypical size but he is an exciting attacking talent who, when he has ball in hand, invariably makes the players around him look better. His defence has been questioned and on the surface that makes him unlikely to feature under the defensively astute Coetzee, but their relationship from the Stormers could see Coetzee take a flyer on him.

The wings are issues for South Africa with both Bryan Habana and JP Pietersen playing in Europe and will both be in their mid-30’s by the next RWC, opening doors for both Zas and Senatla. Zas has been in blistering form in his debut Super Rugby season, whilst Senatla’s focus could switch from sevens to XVs following the Olympics this summer. With injuries and impending departures to Europe, Zas is a strong candidate to be fast-tracked into the Bok set-up, especially with Coetzee already well-acquainted with his talents.

The expectation under Coetzee is for the Springboks to be a well-drilled defensive side with a pack capable of dominating most opposition and that’s a theme that has certainly been prevalent at the Stormers in recent years.

The side from Cape Town stands to be strongly represented in this new era of South African rugby and with an emphasis on both transformation and, of course, winning, the Stormers are a great resource for Coetzee to draw on moving forward.