What US colleges feature rugby as an official game? 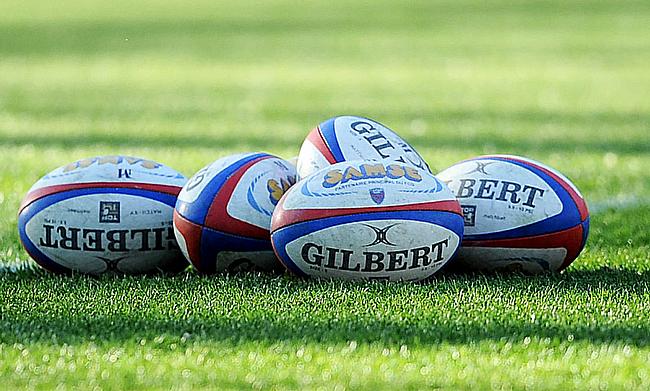 Rugby is one of the featured disciplines among a wide range of colleges and universities across the United States.

Yet, it isn’t a secret that not all educational institutions feature it as the official game. In that case, our partners from the essay writing service Essay Shark have compiled a list of the universities and colleges that feature it as a formal discipline. So, let’s review them together by paying the most attention to the USA Rugby association.

First things first, you should be aware that that the college rugby is controlled by the USA Rugby association, which does not fall under the regulations of the NCAA. This union serves a vital function in maintaining this discipline as a featured college sport in a wide range of educational institutions. Although this union is the most respected and powerful union, rugby isn’t widely associated with being varsity sports across the United States.

Therefore, it may be really tough to figure out which ones will be the best fit for young athletes. The mentioned USA Rugby association is also divided into a few divisions, which makes the entire system even more complex and complicated.

You should know that college rugby is one of the most rapidly growing sports disciplines in the context of the college campus, especially in terms of the emergence of the varsity and quasi-varsity teams. So, let’s review everything you might need to know about college rugby by paying the most attention to the sub-divisions and leagues in the American college system of this discipline.

This league was formed under the influence of its increased popularity from the 2000s. The games are played according to the seven-a-side type of play, which is one of the most popular variations in college union rugby. In order to get to know what colleges feature rugby as an official sport, just take a look at the teams since 2009.

Probably, the names of the teams, such as California Golden Bears, Dartmouth Big Green, or Lindenwood Lions, are already known to you. In the course of the Collegiate Rugby Championship, college teams from a wide range of college divisions and conferences compete against each other.

For instance, the team of the Live University features rugby sevens as its official and most recognized sport. This team also plays in the course of the Collegiate Rugby Championship, alongside the USA Rugby Sevens Collegiate National Championships. With such variability of choices, young athletes find it hard to choose from the list of educational affiliations that offer superb preparation and training.

In some sense, the best way to determine the colleges that feature it as their official sport is to review their website. Prior to 2015, it was reasonable to look at the participants of the annual USA Rugby Sevens Collegiate National Championships in order to get acquainted with the colleges that offer top-notch rugby preparation, which is also associated with being an official sports discipline.

In some sense, you can get a basic idea of the rugby team and training once you visit, for instance, the website of the UCLA Bruins, who is one of the leading rugby teams in 2019. So, it might be the most rational to review the websites of the colleges and universities with the most comprehensive and professional approaches to rugby as a whole. Speaking of the possible choices, you might always stick to the school that also matches your academic, geographical, whatever else, preferences. So, it seems that it’s for you to decide.

Speaking of the varsity, we are certain that you should know more about it when it comes to rugby union in the United States. In most cases, your beloved school would classify rugby as a club sports instead of the varsity one, meaning that the financial aspect of the question remains solidly underdeveloped.

Over the last years, a series of solid teams have started marking their teams as varsity ones, including Cal Maritime, Lindenwood, Notre Dame College, Army, Bethel College, and Life University. In that case, if you are granted a choice between a varsity club and other variables, we commonly recommend sticking to a varsity one.

The main reason for it is the combination of profitability and marketability, accompanied by the increased competitiveness and broadcast capabilities of the most crucial tournaments and championships. The aforementioned Life University seems to be a premium option since it characterizes its rugby team as both the featured and the varsity one, at the same time showing outstanding results in a wide range of Collegiate tournaments and leagues.

Keeping that in mind, rugby seems to be developing rapidly, eventually paving its way to the top ladders of the college featured disciplines in the US. Hopefully, this tendency of switching to varsity teams will maintain in order to popularize and develop the discipline as a whole.

So how should I choose?

Throughout the entire article, we aimed to shed light on the basic principles of the colleges, conferences, and leagues that feature rugby as the official sports. Keeping that in mind, you should make a final decision by yourself, especially when it comes to the geographical location and academic prospects.

Nonetheless, you should obviously choose your college according to the aforementioned participation criteria, including varsity one, which seems to be among the most convincing parameters for choosing one school over another.