We owe it to our supporters, says Watson 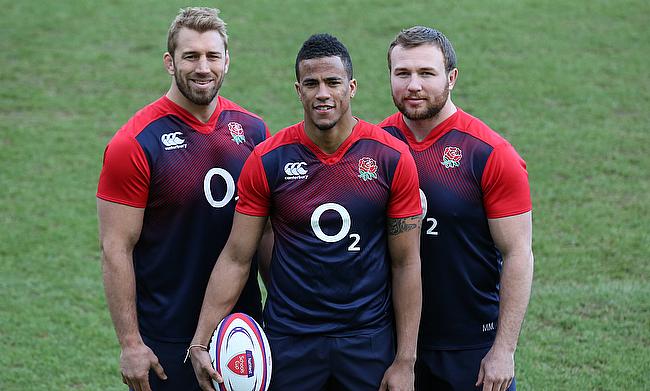 On Saturday, it will be 21 weeks since England crashed out of their own Rugby World Cup against fierce rivals Australia at Twickenham. Now, four months on, the home of English rugby gets ready to welcome back the national team for their third-round Six Nations clash with defending champions Ireland this Saturday.

Thousands will descend on England HQ this weekend and winger Anthony Watson has expressed that England “owe” their fans after the disappointment of the World Cup as they look to banish those painful memories.

Under new coach Eddie Jones, who retained Watson as a regular in the side, they have picked up two wins from their opening Six Nations games away at Scotland and Italy. Now Ireland, despite their injuries, pose England’s biggest test since the Wallabies in October and Watson cannot wait.

“Obviously to go away to Murrayfield and to get a win there in a hostile environment was great for us to get the Six Nations off to a winning start,” Watson tells TRU. “We then backed that up with a great victory in away in Rome, which again was brilliant.

“It has been a good start, but there is a lot more to come from us. It is going to be a huge game against Ireland, but it is one we are very much preparing well for. To lose to Wales and Australia at a home World Cup in front of your own fans was a nightmare situation so we know owe it to them to put on a good performance when we are back at Twickenham.”

The 21-year-old was speaking at a NatWest Schools Rugby event which was the competition that helped Watson on his journey to achieving the goal of playing for his country. The semi-finals of this year’s tournament are taking place at Saracens’ Allianz Park on this weekend with the dream prize of playing at Twickenham the reward for the Under 15s and Under 18s sides taking part in the last four.

Watson was involved in the Vase competition in 2011 with his school St George’s, Weybridge and despite him now being a regular fixture in the England squad, he can’t stress enough how important the schools competition is.

“I think the competition helps develop players massively,” says Watson.  The whole ethos of knockout rugby is very good to get installed in kids who are playing the sport at a young age. I think it drives a competitive edge and you then have that end goal in mind which everyone strives towards.

“For me, it was about me enjoying rugby as much as possible and to be able to do that with your friends was huge. It was disappointing because we got to the final and lost, but the whole experience was something no-one can take away from you. It has accelerated from their really for myself and I have just tried to take it in my stride and keep working hard and so far, it has gone pretty well!”

And by using the phrase “pretty well”, Watson is being far too modest. He made his England debut against New Zealand in November 2014 and has not looked back since. That was just over year after his move from London Irish to Bath where his game has gone from strength to strength.

Bath finished fifth in his first season where Watson excelled before ending last season as runners-up to Saracens at Twickenham. However, Bath have seen a dramatic decline since their 16-28 Premiership Final defeat in May 2015 as they currently sit ninth in the table having won just four of their eight games this term.

And Watson isn’t quite sure why there is such a drop in results, but knows for sure that this Bath side can turn their fortunes around.

“It is tough to really put your finger on,” he adds. Things just haven’t gone our way. There are definitely a few games which I can highlight where we have made key errors: Leicester Away, Toulon Away, Toulon at home; those are all games we could’ve won and that could’ve changed our season around, but for whatever reason, it didn’t go our way.

“I know the quality we have in the squad and we will be able to turn it around. It was disappointing to lose our last game against Wasps, but there are positives to take out of recent performances and it is a long season so things can change for us.”

Anthony Watson was speaking on behalf of England Rugby and official partner NatWest, proud supporters of school rugby. As a part of the NatWest Schools Cup 2016 30 school players are being offered the chance to attend an Academy Day at England’s training base. Follow NatWest Rugby on Facebook and Twitter for the latest news.