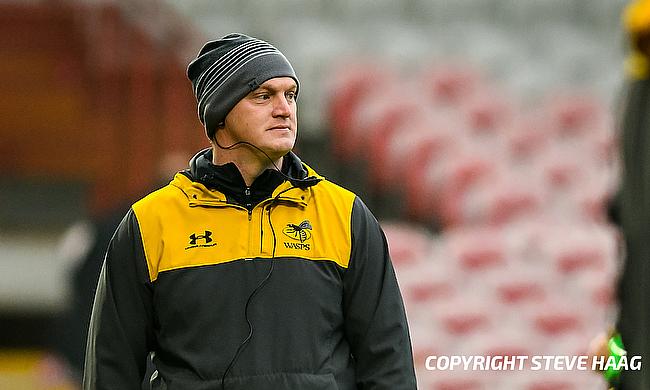 Wasps have been forced into making changes ahead of the Heineken Champions Cup opener against Munster due to positive Covid-19 cases in the Premiership club's squad.

Four players named in the matchday squad along with a replacement player have been withdrawn with a number of positional changes also made by head coach Lee Blackett.

As Jacob Umaga misses out, Jimmy Gopperth takes the number 10 jersey with Josh Bassett moving into midfield. Sebastian de Chaves and Elliott Stooke also miss out on the second row with Brad Shields and Tim Cardall replacing them.

Number eight Tom Willis also misses out and as a result Alfie Barbeary comes into the back row along with Thomas Young and Nizaam Carr.

“Following the latest round of testing, Wasps can confirm a number of players and coaches will be unavailable for today’s game resulting in changes to the matchday squad,” reads a statement from Wasps.

“Please be advised though that today’s game against Munster will go ahead as planned.

“The health and safety of staff, players and supporters is paramount. The club’s Covid-19 contact tracing, measures and protocols, which remain rigorous, will continue to be adhered to.”