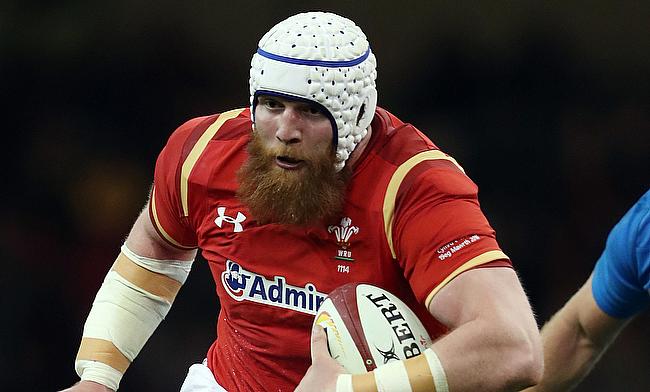 Wales lock Jake Ball is set to end his international career as he has decided to quit Scarlets and return back to Australia at the end of the 2020/21 season.

The 29-year-old started his professional rugby career with Western Force in 2012 but switched to Scarlets ahead of the 2012/13 season. He is now planning to return to Australia to be with his wife, who gave birth to their fourth child in November which will effectively end his international career with Wales due to their policy of not selecting overseas based players with less than 60 Test caps.

Ball made his debut for Wales in 2014 and has gone on to play 49 Tests with his last appearance coming during the Autumn Nations Cup clash against England. He had also represented Wales in the 2015 and 2019 World Cups.

"It has been a difficult decision to make but one I have made for the family," said Ball.

"My wife was expecting our fourth child and, with Covid around and players having to be in bubbles and everything, we made the decision that she and the kids should go home to have some family help and support around her.

"Max was born last month. There have been Zoom calls and things, but I haven't seen him yet and it has been difficult. As the season goes on, it would be pretty tough of me to ask Christie to come back here away from her family again.

"It has been a fantastic nine seasons I have been here. I love the Scarlets and playing with Wales has been unbelievable and something I will never forget.

"It has been a massive honour to represent my country, but at the end of the day, I made a huge sacrifice in staying behind for a year without my family. I have four kids now and I won't have seen them for close on a year."

Scarlets head coach Glenn Delaney has backed Ball over his decision to be with his family.

"Family is a massive part of the Scarlets and Jake has sacrificed a huge amount being away from Christie and his children for so long," said Delaney.

"He has been a wonderful servant for the Scarlets, an outstanding player, a great bloke around the group and has been a fantastic mentor to the young players who are coming through.

"You saw by his performance against the Ospreys on Boxing Day what playing for the Scarlets means to him."