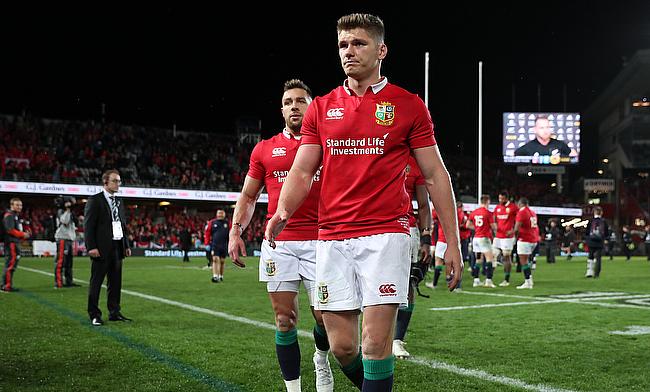 British and Irish Lions have announced telecommunications company Vodafone as the lead sponsor for the upcoming tour of South Africa next year.

Vodafone’s logo will be displayed on the front of the Lions’ shirt and will replace Standard Investments, who led the sponsorship in 2017 during the tour of New Zealand.

The deal also extends to provision of communications for the touring party and technical support for training and player performance.

"Today’s announcement represents two iconic brands coming together. Along with supporting Warren and the team, Vodafone will also help to enhance the experience of Lions supporters through the very best technology and innovation," said Managing Director of the British & Irish Lions Ben Calveley.

"The fans are a crucial aspect of any Lions tour and we will need to ensure they feel part of the team, to ignite their incredible support, if we are to overcome the World Champions.

"In Vodafone we have found a partner who share our passion for connectivity, and we are delighted to have them on board to enhance the experience of the Lions fans across the world.”

British and Irish Lions head coach Warren Gatland also welcomed Vodafone for the association with the side.

“I am excited to welcome aboard Vodafone as team sponsor for the tour next summer. The key to a successful Lions Tour is about players coming together quickly and staying united behind one common goal – to win a Test series against the World Champions in South Africa.

"I cannot think of a brand that knows more about bringing people together than Vodafone. I am sure they will play an important role in supporting the team on and off the pitch, as well as ensuring the Tour is a unique experience for all Lions supporters.”