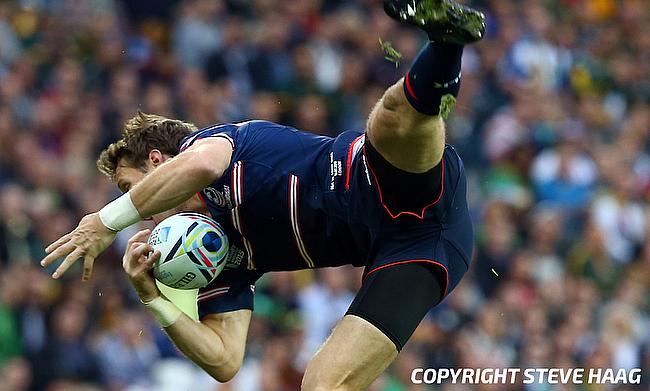 USA captain Blaine Scully has announced his decision to retire from professional rugby with immediate effect.

Scully started his professional rugby career with the Tigers in 2013 and featured in 24 Premiership games for the Welford Road before joining Cardiff Blues in 2015. He scored the try of the season for the club in 2016/17 season and enjoyed Challenge Cup success with the club in 2018.

“It’s a difficult thing to say that I will no longer be a professional or international rugby player,” he said.

“What I loved so much about the game is how it challenged me in every imaginable way. Facing those challenges, not alone, but with a group; a team that you respect and trust, will be what I miss the most.

“The people have always been the best part of the journey. The opportunity to play rugby for a living and as a career was a gift.

“From Welford Road to the Cardiff Arms Park, I can honestly say that I poured everything I had into each jersey I wore, beyond proud to wear the badge for both Leicester Tigers and Cardiff Blues.

“My only goal was to be the best I could, compete with the top players in the world and positively impact the teams I was on. To the people of both clubs, you honoured and humbled me when you accepted me as your own, making my wife and I feel like we were never far from home.

“To Leicester and Cardiff – I’ve always believed that all a good man needs is a chance. Thank you for the opportunity to play professional rugby and a special mention to all of the supporters who never stopped chanting ‘USA’.”