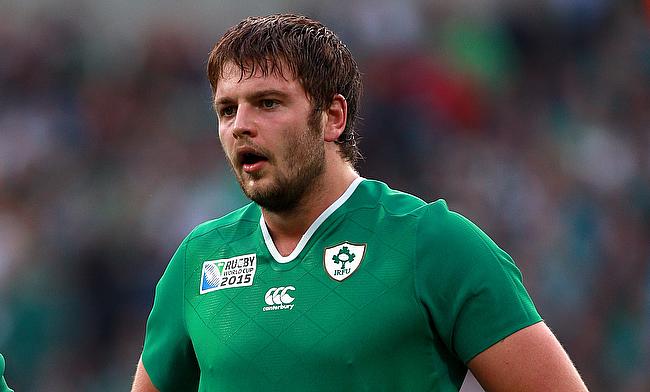 Iain Henderson scored a double as Ulster secured their second win over Scarlets in two weeks with a 30-15 victory in their European Champions Cup clash at Kingspan Stadium on Friday.

The result comes after the Irish side edged out Scarlets 24-25 in their previous encounter and as a result move to the second place in Pool 2 with 14 points. Scarlets meanwhile have dropped out of contention for the knock out stage after losing all their four games.

John Cooney got Ulster off the mark with a ninth minute penalty kick as the home side had most of the possession in the first half.

Their momentum was boosted when Scarlets lost Wyn Jones to sin-bin in the 29th minute for an infringement at breakdown and Ulster made full use of the numerical advantage with Henderson touching down in the 33rd minute followed by Cooney's conversion.

Just at the stroke of half-time Rhys Patchell kicked a penalty to get Scarlets off the mark as the teams headed into the break with a 10-3 scoreline.

Scarlets showed better intent in the second half with Gareth Davies intercepting a pass and eventually set Jonathan Davies over the line in the 49th minute that was improved by Patchell as the scores were levelled 10-10.

Billy Burns, who was named Heineken Man of the Match played a pivotal role as his grubber kick was collected by Jacob Stockdale before he dotted down in the 51st minute. Cooney missed the conversion but followed it with a penalty goal as the Irish side stretched their lead to eight points.

Any chance of a Scarlets comeback was put off as Ulster scored back to back tries through Henderson and Cooney on 63rd and 67th minutes respectively before Tom Prydie had a consolation try for Scarlets as they succumbed to a 15 point victory.