TRU's most important players in the Premiership 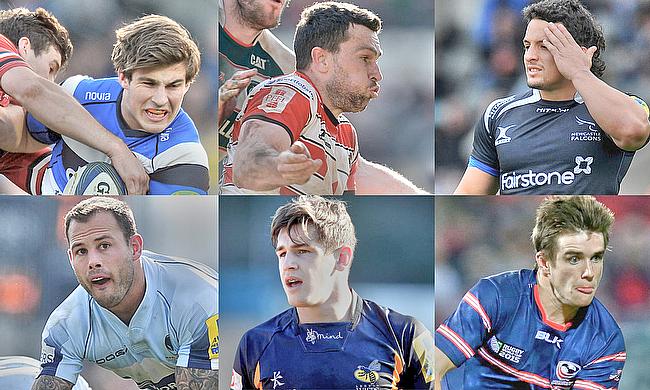 The 2016/17 Aviva Premiership season kicked off this weekend and it certainly delivered.

Saracens’ 35-3 victory over Worcester was the only game decided by more than a single score and the other five fixtures were a pertinent reminder of just how tight the competition will be this season, both at the top and the bottom.

Looking at those opening performances and the depth and the make-up of the clubs’ squads this season, we have taken a look at the six players who are of critical importance to their side’s prospects this campaign. These players could well prove to be the difference between joy or misery for their clubs over the next nine months.

Bath are eager to recruit and strengthen their midfield options following the departures of Kyle Eastmond and Ollie Devoto, but until they do, Clark will be of immeasurable importance to them. The former England U20 centre provides the Bath midfield with a directness that it lacked at times last year and is a nice contrast to the lateral, more elusive styles of George Ford and Jonathan Joseph.

Clark got the nod over Dan Bowden, a player touted as a potential solution to the Bath’s inside centre vacuum, against Northampton and showed up well. He ran hard at the Northampton defence, keeping Bath on the front foot and there is no like-for-like replacement for him currently at the club. His importance to new director of rugby Todd Blackadder will only increase when Ford and Joseph head off with England next month.

The Cherry and Whites are at their best when they have Jonny May and Charlie Sharples on either wing and to ensure that combination remains in place, Marshall will need to stay fit and in-form at full-back. If Marshall were to go down, Sharples could be shuffled to full-back and whilst an able deputy, the back three would not be the potent force it is with Marshall, Sharples and May all involved. The Welsh duo of James Hook and Mat Protheroe are two others who could cover for Marshall, but neither quite offers the complete package that he does at the position.

Marshall looked effective against Leicester in the season opener, with his counter-attacking ability feeding into Gloucester’s extremely impressive first half. He quietened down as Gloucester hit the self-destruct button in the second half but he showed enough, combined with the club’s lack of depth at the position, to single him out as a critical player for Gloucester this season.

The Argentine is the archetypal ‘second playmaker’ that takes the pressure off of a fly-half and also allows for back lines to be split and provide threats on both the blind and open sides of the pitch. The Falcons don’t have a centre of similar style behind Socino in the pecking order and if he were to go down injured, it would significantly hinder Newcastle’s ability to play a wider brand of rugby on their artificial pitch.

He had a good game against Sale and was a key part of Newcastle winning and picking up an already invaluable four points. The crispness of his distribution and the timing of his passes contributed to the effective performances of Sinoti Sinoti, Simon Hammersley and Vereniki Goneva further out in the line.

Replacing Danny Cipriani was never going to be an easy job but that burden will weigh even heavier on MacGinty’s shoulders given that he is the only recognised and established fly-half in Sale’s squad. Neither of the club’s backup fly-halves, Tom Morton and Dan Mugford, have proven themselves at Premiership level, whilst Sam James, a former age-grade fly-half, has made his senior breakthrough at outside centre. That is not to say that any of those three couldn’t do the job if it were thrust upon them, but they are relatively unknown quantities at this point in time.

The USA international certainly didn’t set the world alight when Sale took on Newcastle at the weekend but it was just his first game for the club and he will grow into the role. His play on the gain line bears resemblance to the way Cipriani operates and he will be key to getting the Sale back line operating as potently as it did last season.

Jones is one of the more underrated players in the Premiership. A combination of injuries and the versatility to play all three positions in the back row have held Jones back from pushing his case as a potential international loose forward, but with James Haskell injured for the first portion of the season, Ashley Johnson splitting time at hooker and George Smith having departed the Ricoh Arena, Jones suddenly becomes one of the most important men at the club.

The talented back rower played a pivotal role in Wasps’ season-opening victory over Exeter, marshalling the defence and keeping his side structured and organised against the multi-threat attack of the Chiefs. He carries, tackles and hits breakdowns with an incredible work rate and whilst he isn’t going to flash like a Nathan Hughes or draw the media spotlight like Haskell, his contribution to Wasps over the course of this season may be just as important as those star names, if not more so.

It was Hougaard’s impact, after being brought in as a mid-season signing, that helped Worcester move clear of the relegation battle last season. The tempo he brought was difficult for defenders to live with and in addition to being a threat around the fringes as a runner, he showed good chemistry with fly-half Tom Heathcote, something which should only continue to improve with more time spent together.

The scrum-half was not in action this weekend as he is currently on international duty with the Springboks and in his absence the duo of Jonny Arr and Luke Baldwin stepped in. Both are good players capable of doing a solid job for Worcester, but the quality that Hougaard brings is equitable with the very best scrum-halves in the competition and his skill set gives Worcester a chance to win (or at least hunt bonus points) even when they are facing superior opposition. He could once again be the difference between relegation and survival for the Warriors.