Trinder double sets up 24-17 win for Gloucester over Leicester 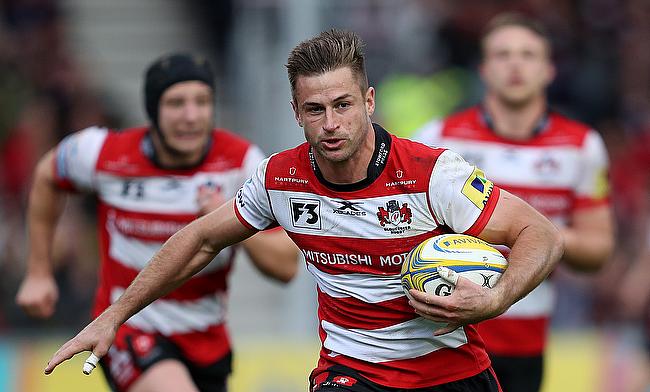 Henry Trinder scored a double as Gloucester Rugby maintained their unbeaten record at home with a 24-17 win over Leicester Tigers in their Aviva Premiership encounter at Kingsholm on Saturday.

Gloucester's win has taken them to the third position in the table with 42 points while Leicester are at eighth place after succumbing to their seventh defeat this season.

Leicester Tigers got the game off to a promising start when Nick Malouf intercepted a pass from Trinder in the 11th minute that was improved by Joe Ford to take them to 0-7 lead.

Flanker Jake Polledri covered a lot of ground and fed Lewis Ludlow, who in turn passed to Trinder when he crossed over in the 28th minute that was converted by Billy Twelvetrees as the Cherry and Whites levelled the scores 7-7.

Brendon O’Connor played a pivotal role in Gloucester's second try as he made it deep into the home 22 before sending Ford over under the posts from five metres. The fly-half also added the conversion but his effort was negated by Trinder's second that came in the 34th minute as the scores remained levelled at 14-14.

Leicester suffered a setback when Logovi'i Mulipola was sin-binned in the 47th minute and Twelvetrees kicked a penalty to put Gloucester into three point lead. The momentum was carry forwarded by replacement Matt Scott, who crashed past the line in the 56th minute as the home side had a breather increasing the gap to 10 points at the end of the third quarter.

Leicester did manage a losing bonus point when Matt Toomua kicked a crucial penalty in the added minutes but Gloucester have strengthened their chances of play-off with a seven point victory.