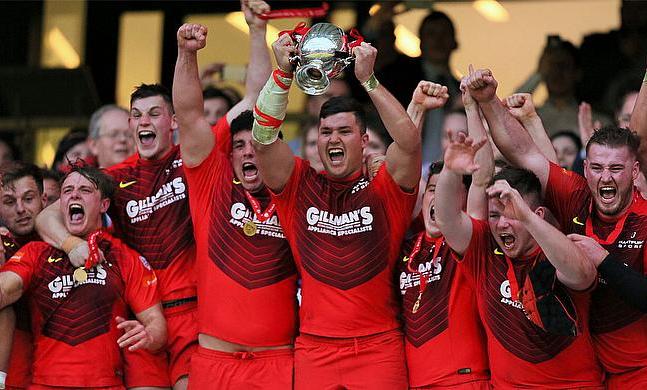 The 2017/18 BUCS Super Rugby fixtures have been revealed as champions Hartpury College and new boys Nottingham Trent discover their fate.

It may still be June, but the countdown to the new BUCS Super Rugby season begins now.

Champions and league winners Hartpury College will start their 2017/18 campaign away to Loughborough University.

The new season's fixtures, which were announced on Friday morning, saw John Barnes and Sean Lynn's men given a  tough trip to the Midlands in the first week of October.

Runners-up Exeter start away from home against newly promoted Nottingham Trent in the final week of September, which is officially the first round of fixtures.

Semi-finalists Bath host Leeds Beckett, who finished bottom of the Super Rugby division last season, while Cardiff Met open at Northumbria. As for Durham, they begin their campaign at the beginning of October at home against Bath.

This season sees nine teams, rather than eight, compete for the biggest prize in university sport with the climax coming at Twickenham in mid-March.

The full list of University Fixtures can be found here.