Toulon hit back at Rhys Webb 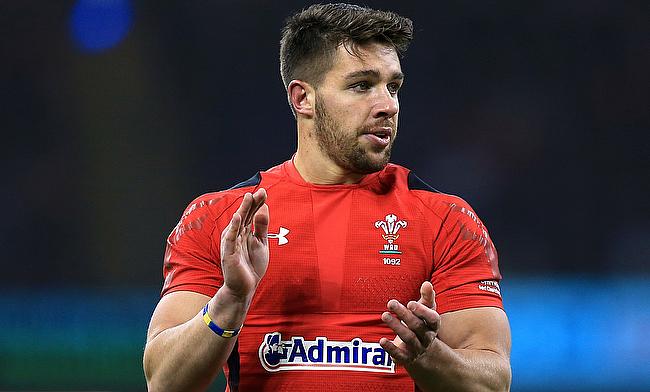 French club Toulon has hit back Wales international Rhys Webb following his latest criticism on the Top 14 side.

Webb joined Toulon in 2018 on a three-year contract but was released from the final year following his request of moving back into Ospreys to revive his international career as Wales have a selection policy that makes only players with a minimum of 60 Test appearances plying trade overseas to be eligible for national selection.

The 31-year-old's move back to Wales was widely criticised by owner Bernard Lemaitre and president Mourad Boudjellal in the French media and the scrum-half said he was not comfortable with the club environment.

“The worst thing is they wouldn’t say it face-to-face,” said Webb speaking on the BBC Scrum V podcast. .

“They did all their talking straight to the French media, so I’d only find out the next day in training when the boys would tell me.

“When my family first left, he [Boudjellal] said something (in the media) but then the next week I was man of the match against Lyon and he was high-fiving me, hugging me in training so I was like ‘Is this guy for real?’ They didn’t have the decency to talk to me face-to-face.

“The players at Toulon were there for me when it all started coming out that Toulon wanted to get rid of me… and I would have been happy to stay until the end of the season. I knew I was coming back to the Ospreys at the end of the season so I thought I’d have a good last six months there, enjoy it and try and go out on a high. It just went a bit sour.”

Responding to the criticism, Var Matin in his interview with rugbyrama.fr questioned Webb's loyalty to the club.

“I see that Rhys has complained about the way we treated him in Toulon. He just omitted a few big details. In fact, there were several aspects.

“The first, when he announced to me last June that his wife wanted to return to Wales. I asked him if that was a problem for him. He told me that it was not and assured me that he will keep all of his commitments. I, for my part, agreed to arrange his timetable in complete transparency with respect to the other players so that he could see his family from time to time.

“In October we hear that his CV is circulating in England. We asked Rhys if he wanted to leave but he categorically denied it. Then in December, he announced that he no longer wanted to go through with his contract and wanted to be released.

“I explained to him that the moment was not very well chosen but that I could understand. He still assured me that he was going to have a big end of the season. For my part, I spoke with (director) Laurent Emmanuelli and to the president so that he released him for free. Rhys thanked me.

“As soon as he had this agreement, he approached the Welsh federation to try to be reinstated in the national team for the Six Nations and we learned in January, 24 hours before a match, that he would now be selectable.

“Disappointed by his behaviour, I decided to leave him out despite the absence of (Baptiste) Serin and the unavailability of (Anthony) Meric. I didn’t give him an explanation since he didn’t give one to me. I don’t think loyalty can be one way. It’s a framework that I cannot override. No player is above the institution.

“We did a lot for him, I just expected loyalty and involvement from him. From the moment he left us in trouble, it was clear that we were no longer his priority, so we had to negotiate his immediate and final exit.”