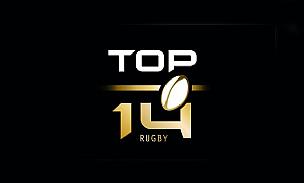 With Phillipe Saint-AndrÃ© having announced his Six Nations squad on Thursday, the 30 men selected will be out to prove themselves worthy of making France's starting XV against Italy in one month's time. Toulouse, who will be hit the hardest by International call-ups and will look to extend their lead at the top of the table before the start of the tournament, starting with the visit of Lyon on Saturday. Elsewhere, Clermont will be out to end their tryless streak as they take on Toulon, and Stade FranÃ§ais have the opportunity to close the gap on third place against Castres.

Agen's narrow victory over Brive last week kept them well and truly in the play-off fight, as well as cemented the Stade Armandie as a near impenetrable fortress.

Biarritz remain at the foot of the table, but their best performance of the season against Toulon last week has given them the confidence that they are capable of surviving this season.

With Lyon travelling to Toulouse, it is a real chance for Biarritz to lift themselves off the bottom, but the way Agen have performed at home this season, and with Biarritz only winning two of the last 17 meetings between the sides in Agen, the hosts have to be favourites. Agen by less than 5.

Toulouse head into Saturday's fixture with a 100% home record, and despite not scoring a try in their home win over Bayonne last week the league leaders have secured more bonus point victories than any other side in the league.

Lyon performed well last week to deny Clermont a victory that would have kept them on the tails of Toulouse, but a trip to the Stade Ernest-Wallon will be an entirely different ball game for the side in the relegation zone.

In a squad oozing with talent, the current stand-out player has to be fly-half Lionel Beauxis. The Frenchman has found himself behind Kiwi Luke McAlister so far this season, but since starting the last two games, Beauxis has kicked an impressive 58 points, and combined with his precise kicking out of hand, Toulouse are currently looking every bit a match for the championship winning side that took the crown last season. Toulouse by more than 10.

Stade had their run of four consecutive wins brought to an abrupt end last week in Bordeaux where they were humiliated by the minnows, and they welcome Castres to the capital needing a victory to keep up with their visitors in the standings.

Following the slip ups of the two Parisian sides and Toulon, Castres have regained third place, and with the Six Nations fast approaching, they know that a repeat of their strong start whilst other sides were more adversely affected by the World Cup could be on the cards.

It will be a challenge to go to Stade and come away with anything. The Parisians are undefeated at home, with Montpellier the only side avoiding defeat on their visit. Providing the hosts can keep their tempers in check “ ill-discipline cost them dearly last week “ then a victory should be on the cards to ensure that the points covering the play-off hopefuls remains as tight as it has been all season. Stade by 5.

A team with a poor away record visits a team without a win in four in the South-West of France on Saturday. For all their money and star players, Bayonne have yet to find the sort of performances expected of them this season, sitting dangerously above the relegation zone.

Their opponents Bordeaux head to the Basque side off the back of an emphatic confidence-boosting victory over Stade, but have so far struggled for consistency this season. The Girondins have won just once on the road in six attempts, and of their six victories this season, none have come consecutively.

Bayonne need to start winning these sort of games if they are to stay up, and Bordeaux likewise need to find some away form to secure their safety for a second season in the Top 14. Bayonne by 3.

Brive will host Montpellier looking for a first victory in six games, and only fourth of the season. The home side have been on the receiving end of some tight results this season; their positive points difference in contrast to the sides around them exemplifies this.

Their visitors, Montpellier, have been heading in the opposite direction to Brive as the season has progressed, and are now in with a realistic chance of challenging for the play-offs again after a very slow start. They responded to a thumping by Toulouse with a good win over Racing Metro last week, and have been one of the form sides in recent weeks.

If Brive can't start scoring tries, or kicking consistent points, then they are in real danger of going down. Montpellier on the other hand seem to be improving with every game, and will have a real chance of snatching an away victory on Saturday. Montpellier by 7.

Perpignan remain a mystery this season. Despite having a talented side, including the addition of a quality fly-half in James Hook, the Catalans performances have been almost completely disastrous this season.

A first win in seven over Christmas looked like it may have signalled a return to the form they showed in the opening weeks, but     a crushing defeat to Castres last week appears to have undone any good work, and destroyed any confidence gained from their victory over Bordeaux.

Their visitors Racing have gone off the boil recently, with two defeats in their last three games and a pretty poor away record. They have struggled to put on the points recently, and tries have become scarce, but Perpignan have the unwelcome record of the worst defence and most tries conceded this season, and the Parisians may not have a better chance this season to try and claim an away victory. Perpignan by 5.

With that in mind, the clash doesn't promise a great deal. But Clermont are still top of the table for tries scored this season, and being back home may give them the familiarity and confidence to find their exciting try-scoring form.

Toulon will want to put last week's defeat to Biarritz behind them, it was a poor performance by their standards and although a visit to Clermont would not be what they had in mind to bounce back from defeat, they have the second best defence in the league so far this season. With that in mind, and Clermont's inability to cross the try-line in their last two outings, Sunday's game promises to be an exciting, if potentially low scoring affair. Clermont by 3.