The silver lining for provincial rugby 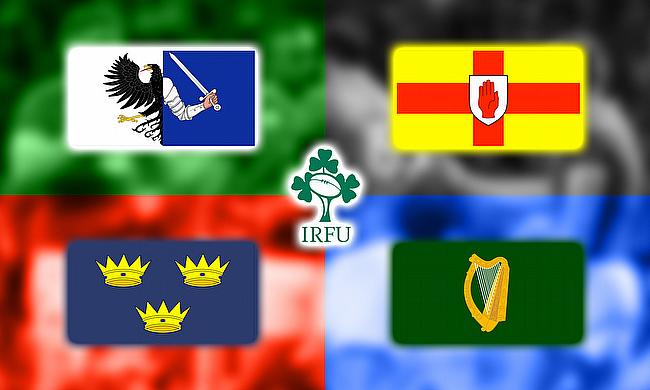 It’s been a grim couple of months for Irish rugby.

After going into the Rugby World Cup in relatively good form, Ireland comfortably navigated their pool before turning in a high calibre performance against France and setting up a quarter-final meeting with Argentina. This, however, was when Irish fortunes changed.

The Pumas comprehensively picked apart a very limited-looking Irish side, dumping Ireland out of the tournament and sending their players prematurely back to Guinness PRO12 duty. The provinces have proceeded to churn out results in that competition, but when it came to European duty in the Champions Cup, they stumbled.

Leinster have fallen to two defeats in two games, Ulster have lost their one game (their other postponed) and though Munster were able to beat Treviso in their solitary outing so far, it was far from convincing and Leicester Tigers have taken control of their pool with a full return of 10 points from their opening two games.

While Ulster, a traditional powerhouse of Irish rugby, have struggled, the perennially under-the-radar Connacht have got off to the storming start to the season, sitting second in the PRO12 table with seven wins from their nine games and are undefeated after two rounds of the Challenge Cup. Munster’s season is a little harder to evaluate, as they’ve looked anything but convincing so far, but ultimately they’re winning games and you can’t ask for too much more than that. There is a similar feeling to Leinster’s season, with wins coming at domestic level, but the performances look far short of where they’re expected to be as a team.

These lacklustre performances from Leinster, Ulster and to some extent Munster, do however open a door that is usually closed at provincial level.

With just four provinces, three of whom have been very strong for a number of years now, young players at those provinces often struggle to get the game time required to take their development to the next level. This slump, and slump is used relatively given that all four provinces are in the top five of the PRO12, does afford an opportunity to those younger players.

Tighthead Tadhg Furlong is outplaying the veteran Mike Ross as the fulcrum of Leinster’s scrum and is surely propelling himself towards a place in Joe Schmidt’s Six Nations squad, if not an immediate role in the Ireland’s three jersey. Further back in the Leinster pack and it is flanker Josh van der Flier who is impressing, putting his hand up higher than Sean O’Brien or Jordi Murphy at time of writing.

Most promising however seems to be Garry Ringrose. The young centre has been the star man of the last two Irish U20 sides and is now staking a claim for a starting spot with Leinster, despite still being just 20 years of age. Given the depth of talent in Ireland and the limited amount of playing opportunities with just four top tier teams, nailing down a starting spot at this age is extremely rare.

Rare as it might be, that is exactly what Ringrose is doing and even more impressively, he’s doing it in an unaccustomed position on the wing. A debut in the Six Nations is not out of question for the impressive young back and on form alone, he should certainly be in the equation to feature against Wales on February 7th.

Heading south and Jack O’Donoghue has helped CJ Stander spearhead a very impressive Munster back row. Stander may not be an emerging player, having already won plenty of global acclaim for his performances, but the 21-year-old O’Donoghue certainly is.

A number eight who has been performing exceptionally on the flank, O’Donoghue, like Ringrose, is a candidate for an Ireland cap in the 2016 based on form. Again, like Ringrose, he is another player who was highly-touted coming out of the age-grades and will be a key man for Ireland heading not only into the 2019 RWC, but also the 2023 edition of the tournament, which could well be held in Ireland.

In the north, Stuart McCloskey has been impressing for Ulster, amid a very dreary season thus far for the men from Belfast. The powerful centre, who has been nicknamed ‘Sonny Bill McCloskey’ such are his handling skills, would add a new dimension to the currently very direct Irish midfield, but whether or not his proclivity for an offload would gel with Schmidt’s style is up for debate.

If the seasoned provincial stars continue to suffer from a post-RWC hangover of injuries and poor form, there are plenty more bright young talents ready to show they have what it takes to succeed at this level.

Ross Byrne should be keen to capitalise on Jonny Sexton’s current struggles and Ian Madigan’s potential exit from Leinster next season, while David Johnston is a versatile back who will be eager to show he can add a cutting edge to Munster’s back line following his debut in their season opener against Treviso. As for Ulster, academy members Alex Thompson and Lorcan Dow both put their hands up for selection during the World Rugby U20 Championship this summer and given the way the Ulster pack is playing outside of the front row, both have strong cases to be heard.

It would be remiss not to mention the incredibly impressive Connacht, where back three duo Tiernan O’Halloran and Matt Healy have shone. Centre Bundee Aki has also caught the eye, despite not yet qualifying for Ireland, while academy centre Rory Parata should make the most of Robbie Henshaw’s six-week layoff due to a hand injury. Loosehead Dennis Buckley could also be in the frame to be rewarded for his form, especially given the working over current Irish looseheads Cian Healy and Jack McGrath received in the Champions Cup.

The first Six Nations of a new RWC cycle always has an added element of excitement, as coaches are given much more leeway to experiment with their XVs, pick players on potential rather than ability and generally look to freshen up their squads. The relative struggles of the provinces in the aftermath of this year’s RWC and their added reliance on emerging players could actually be to the benefit of Irish rugby moving forward.

As with all the northern hemisphere nations, the next two months will offer plenty of opportunities for optimism among Irish fans who are less than thrilled with the way the provinces’ have started the 2015/16 season.

Apart from Connacht fans that is. They’re beaming.