The Rugby Championship and Pacific Nations Cup: A Review 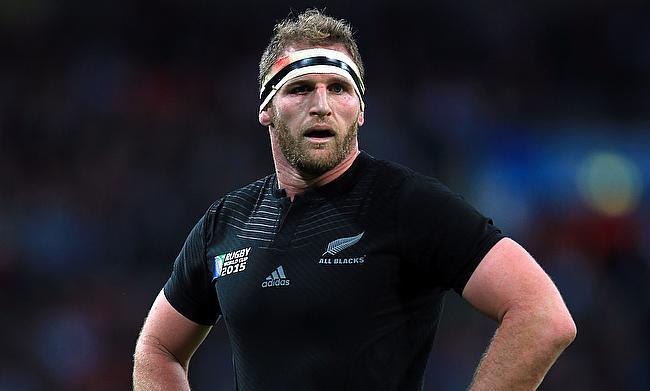 New Zealand take on Australia in Perth next weekend
©PA

With the Rugby Championship taking a break this weekend, Gareth Hughes looks back at Round Two of the competition and also reviews Japan v Fiji ahead of Saturday’s Pacific Nations Cup action.

Ordinarily, a Japan v Fiji Test match would not arouse much interest when the mighty All Blacks were playing the Springboks. Yet, as both Japan and Fiji are fancied to create an upset in the Rugby World Cup, this match was a litmus test for the quality of their preparations.

Fiji has a squad brimming with talent, honed in the Top14 and Gallagher Premiership, and is seen as a threat to the World Cup pretensions of both Wales and Australia. Japan, coached by the astute Jamie Joseph, have kept their preparations under the radar, but he certainly ensured that his team hit the ground running last Saturday.

Japan’s victory by 34-21 was well deserved. Misfiring Fiji were outplayed and only occasionally did their quicksilver passing game emerge. They failed to cope with Japan’s line speed and the pressure this created led to costly errors and exposed a vulnerable Fijian temperament. The Japanese rolling maul highlighted a glaring weakness that both Wales and Australia will be looking to exploit. This was Japan’s first win over the mercurial Fijians since 2009 and serves notice on their expectations for the RWC.

On the other hand, the Wallabies’ win over Argentina in a drab and disappointing Rugby Championship game, 16 -10, could be seen as the Wallabies first steps on the long road to redemption but this has to be tempered by how close they came to losing to a flat and substandard Pumas performance.

Australia played with passion and determination but without imposing themselves on their lacklustre opposition. Mario Ledesma, the coach of Argentina, must be concerned that his team can control possession for long periods yet cannot score sufficient points to finish off close games. This continued lack of composure could cost them greatly in a RWC group containing both England and France. The next game against a resurgent South Africa has become a critical ‘must win’ match for the Pumas.

New Zealand and South Africa played out a compelling rather than thrilling match in Wellington with defences very much on top. The result was in doubt until the last minutes when South Africa’s find of the season, Herschel Jantjies, joyfully scored, taking advantage of an uncharacteristic error by Ben Smith and the match ended in a 16 all draw.

Steve Hansen was phlegmatic and Rassie Erasmus the happier of the two coaches. Certainly, SA appear to be developing into a formidable side while Hansen has selection dilemmas in crucial positons, outside half, inside centre and full back, along with the injury to the talismanic Brodie Retallick.

SA’s line speed and intensity never dropped during the match and certainly caused the All Blacks some problems. But the injury to Retallick, as the result of a vicious clear out, will now be garnering the attention of the referees and might be an area that Erasmus and his staff need to modify or that reckless approach could become costly in Japan.

The Springboks, more than any side, have gained real momentum from the Rugby Championship so far and the All Blacks have looked shaky at times, especially when the half backs are put under pressure. On the other hand, Hansen has not panicked, giving Sonny Bill Williams chance to rediscover his form by leaving him out for the Perth Test by playing for Counties Manuka and dropping five other players from the squad, as he seeks to find his best group of players for the RWC.

Australia and Argentina have considerable ground to make up and for both teams their next matches will be a stern test of their credentials. The ‘Flying Fijians’ have lost the most ground and John McKee, Fiji’s coach, has to find a way to couple his team’s instinctively bold approach with the need to be more clinical and pay attention to the nuts and bolts of defence.