The Lions game being played amidst a backdrop of unrest 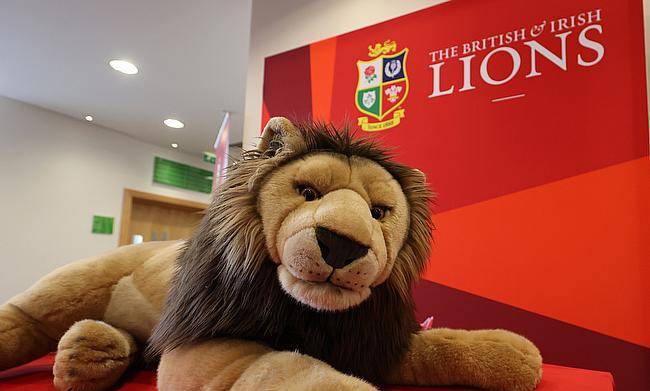 Warren Gatland turns down idea of Lions facing South Africa 'A' twice
Alun Wyn Jones could return to British and Irish Lions ahead of Test series against South Africa
Lukhanyo Am to lead South Africa A against Lions
Adam Radwan: 'Playing for England is something I want to do again'

It is difficult to believe that the first Test with the Springboks is just 10 days away.

That has been the way in which much of this year has passed, with plenty to be looking forward to on the calendar and hardly enough time to take it all in.

So far on this tour, Warren Gatland’s British and Irish Lions have won all four of their games, starting in Edinburgh, before seeing off the Sigma Lions and overcoming the Cell C Sharks in back-to-back encounters.

The tourists’ greatest challenge up to this point has, perhaps unsurprisingly, been against Japan at Murrayfield. Jamie Joseph’s side returned to play for the first time since the 2019 Rugby World Cup, growing into the game after being stunned by the Lions in the first half, but since arriving in the Southern Hemisphere it has been relatively plain sailing for Gatland's men.

Yes, Covid-19 infiltrating the camp caused some minor disruption, but a week after that scare - in which several players and members of the management staff have had to isolate - the Lions will have their greatest challenge so far on the pitch tonight when they face a South Africa 'A' side littered with star names.

In many ways, this needed to happen for the Lions having scored 181 points in South Africa and conceding just 52. The most recent encounter with the Sharks was the most challenging, with the game tied at 26-all at the break before Jaden Hendrikse was given a red card for elbowing Liam Williams.

But that dismissal was arguably a let off for the Lions, who pressed home their man advantage with seven second-half tries.

Having had their own preparations heavily disrupted with several Covid-19 outbreaks in their camp, South Africa had their second Test against Georgia called off and have drafted in the Blue Bulls as opposition for Friday night as the team tries to get up to speed for the series.

As a result of this reduced prep time, with the entire squad in and out of isolation, Rassie Erasmus has named a strong side to play at Cape Town Stadium against the Lions. It is a team full of World Cup winners as Faf de Klerk, Eben Etzebeth, Cheslin Kolbe, Damian de Allende, Lukhanyo Am, Willie le Roux and Pieter-Steph du Toit all start, just as they did in Yokohama two years ago.

Immediately the game has been labelled as the unofficial fourth Test, this fact not lost on tour captain Conor Murray.

“It is going to be pretty much a Test match,” Murray said. “It is almost a fourth Test. It is only going to sharpen our focus more. It is a massive challenge and good prep for what is to come.”

Starting at hooker for the Lions tonight, Wales and Scarlets man Ken Owens was quick to echo his skipper's sentiments.

? @Cheslin_Kolbe11 and @fafdeklerk can't wait to wear the Green and Gold again
??? “We have a big challenge ahead against a good British & Irish Lions team"
?? More here: https://t.co/rNL4Js8vtR#CastleLionsSeries #StrongerTogether #StrongerForever pic.twitter.com/di5O0ULX3p

“We’ve been building with some good wins. We’ve been going in the right direction, so it’s good to have this step up in intensity. It’s the perfect timing for this challenge.”

There has even been some spice added to this game, with Rassie Erasmus suggesting that Gatland and the Lions were running scared after the tourists rejected the offer of playing South Africa ‘A’ twice.

Meanwhile, the Test series will be played amidst a backdrop of unrest in South Africa, with riots and looting that was sparked by the jailing of former President Jacob Zuma. As of the time of writing, 72 have died in the country and 1,234 people have been arrested.

It has been described as some of the worst violence seen in the country since the end of apartheid in the 1990s. Largely taking place in the KwaZulu-Natal and Gauteng provinces, the Lions having been reassured over the safety of the tour carrying on as originally planned.

Arriving in the country when a new wave of Covid-19 restrictions were enforced, the weeks that have followed have led some to suggest that a state of emergency should be declared. The pandemic was always going to cast a shadow over the rugby being played and it is a shadow that shows no signs of abating.

Locked in their hotel, Springboks assistant coach Mzwandile Stick is hopeful that rugby will unite the country just as it did in 1995 and 2019.

“We are living in sad times currently with what we have seen on social media and also when it comes to the news on television‚” Stick said.

“One of the main reasons we live for as the Springboks is to put smiles on the faces of the people and give them hope. I will never forget the images on the streets after we won the World Cup where everyone‚ pink‚ black‚ white, brown or yellow‚ on the streets were only speaking one language which was the rugby language.

“Everyone was happy at the time and those are the moments that we want to create in South Africa. That is the hope that we want to build‚ as everything we see happening currently in the country is very‚ very sad, but once again our duty is to unite the country.

“If we get the opportunity as the Springboks team‚ we must put smiles on the faces of the people. Hopefully we can do that by getting the opportunity to play against the British and Irish Lions and show people that if we work together, we can achieve anything as a country and spread the positive energy amongst ourselves.

“Hopefully we can put the smiles on the people’s faces [on Wednesday] and we make sure that we get people united behind the team and help in ensuring that whatever is happening stops soon.”