The Golden Lions Rugby Union - like you've never seen them before 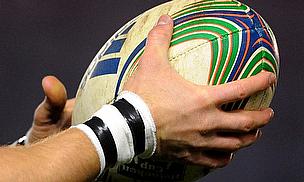 The Golden Lions Rugby Union deserves an enormous amount of credit for the way in which they’ve played in 2015.

They currently lie in 8th place with a definite chance of making the Super Rugby play-offs.and to say they utterly and totally deserve it would not be understatement.

They started off their season with three losses as usual, then went on tour and have won seven of their last nine fixtures; including four games on tour in Australasia and the Bulls at Loftus.

The Lions were blatantly written off by journalists, who boldly said that they would never win in New Zealand. They have been described as "a little bit crap. And by a little bit, we mean a lot".

The Johannesburg based outfit went on to prove all off these pundits wrong in the best way possible. I hate to use the cliché, but the "talking is being done on the field", and it is as definitive as one can be.

The Lions play with heart, and are exceptionally disciplined and brave on defence. The Lions have the two top tackle makers in the competition, Warren Whiteley and Warwick Tecklenburg. The Lions are however much more than a traditional defensive South African team.

The Lions are able to create lightning ball from breakdown, they play with excellent width and variety on attack and are confident with ball in hand from 1-23. The Lions use angles, steps and decoys and actually create tries of their own, unlike the other South African teams. They actually move defences around!

The Lions are able to hold onto the ball and create opportunities and line breaks (half breaks) despite  their lack of game breakers. Faf De Klerk and Elton Jantjies are half backs of real quality and create for players around them, hitting their runners with precision. I would not be surprised if both their half backs are headed to the Rugby World Cup later in the year.

The Lions are a breath of fresh air. There is finally a South African team that is able to use the ball and does not simply play "kick and chase (hope)" rugby. In Super Rugby the ball is not “fool’s gold”.

It was a wicked fixture that could have gone either way. Owen Nkumane summed up the fixture poorly when he asked why the Lions simply ‘didn’t get going’ after going down 35-33 at Loftus. The Lions certainly deserve more respect than they’re getting.

The Lions have five fixtures left against tough opposition. They may or may not make the play-offs but they’re definitely likely to improve and with a couple of significant signings they could be a home playoff contender or better in 2016.

The Golden Lions Rugby Union definitely deserve credit for the way that they’ve turned around a struggling union, although they’ll know best of all that the work is only half done.