The effects of Gambling on Rugby Union 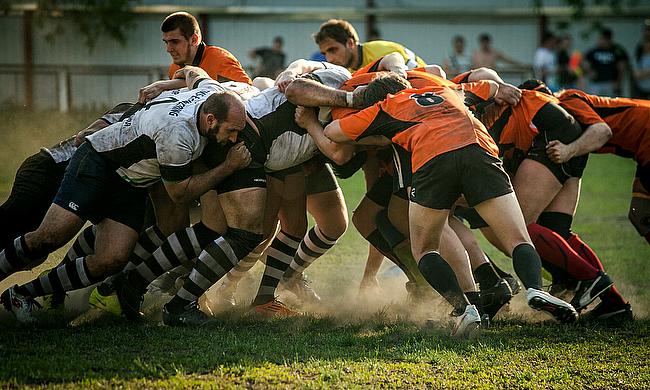 Rugby is a very popular kind of sport, especially in Britain. Men and women enjoy spending their Friday and Saturday nights watching a new game and drinking a few pints of beer.

However, this is not the only activity associated with rugby. Many people try to monetize their passion for rugby or inside knowledge of rugby bet markets.

Gambling in sports is quite common, you’ll say. Indeed, this is not a new phenomenon. Lots of people find value betting on football matches, for example. However, when it comes to rugby, rugby league bet faces lots of criticism and over-regulation. Rugby chiefs are not in favour of gambling on rugby mostly due to the fact that the current British regulations are quite ambiguous.

Thus, betting in the casino rugby club faces lots of strict regulations set forth by the Rugby Union League. Most of them exist to prevent participants of the sport from gambling. Unfortunately, betting on rugby may have detrimental effects on players.

Money Problem as a Cause of Gambling Ban

The reason behind the addiction. Rugby is considered to be an elite sport. Its players get lucrative salaries but have literally no time to spend it anywhere. Between the matches, they train and have a rest. They see no entertainment for weeks.

Thus, these people are easily hooked by excitement from the game. They start with betting small amounts but often end up chasing huge money loss. In the end, players can go bankrupt before they reach the retirement age. Such a situation is quite common in sport.

Furthermore, money issues can even lead to criminal involvement and incarceration. Such incidents are rare in rugby, but there are examples in other sports.

Moreover, gambling-associated problems lead to serious mental and psychological problems. Rugby players become anxious and stressed. This negatively affects their performance and lead to the premature end of their career in sports.

Addicted players become distant from their teams and families. They no longer demonstrate the same productivity as they used to. They tend to play more to get the excitement that keeps them going.

Even though British law does not specify who are the people directly involved in a match, most of the new contracts with rugby players include the clause that forbids them to engage in gambling. Unfortunately, many sports stars easily become subject to gambling addiction. That is why betting may have a serious negative effect on today’s athletes’ psychological health.

With gambling becoming easily accessible, rugby players find themselves tempted to bet on their team. Many players have large amounts of money, bet them, and then start chasing those amounts that they’ve lost. This is how addiction is born.

The Professional Rugby Players Association is in favour of a total ban on rugby players being involved in betting. Together with RUL, they claim that sports have seen enough catastrophic consequences of gambling. The time has come to end it.

However, if real sport betting is so complex and regulated, online casinos offer an alternative. Those players who are banned from rugby betting can engage in casino online real money gambling that is absolutely legit.

All you need to do is to try winning in Rugby Star and similar slots. The visual experience and excitement are guaranteed to be just the same as you’d get from a live match. Such games are excellent substitutes that allow players to feel the same drive and adrenaline absolutely free of any legal concerns.

An online casino Rugby Union accepts. It is not that RUL supports any gambling, but they clearly see that blowing off some steam in online casino rugby sports can be, in fact, helpful in reaching addiction problem.

Playing rugby-themed slots can remind players of the emotions they feel during the real game. At the same time, the possibility of winning is also quite real. Players can make use of their professional knowledge and inside information, but slots depend mostly on pure luck. There is nothing unethical about playing rugby slots in online casinos as well.

It would be wrong to deny that gambling addiction is a real problem that affects people, including rugby players. However, the real causes behind it also lie in the professional field. Bans and overregulation are not going to solve it.

Instead, online casinos with exciting alternatives can serve a perfect way out for both sides. Rugby Union gets players whose urge for excitement and entertainment is satisfied. Players get less stressed while playing but do not risk of losing all the money at once. Their mental state reaches balance, keeping them far from being obsessed