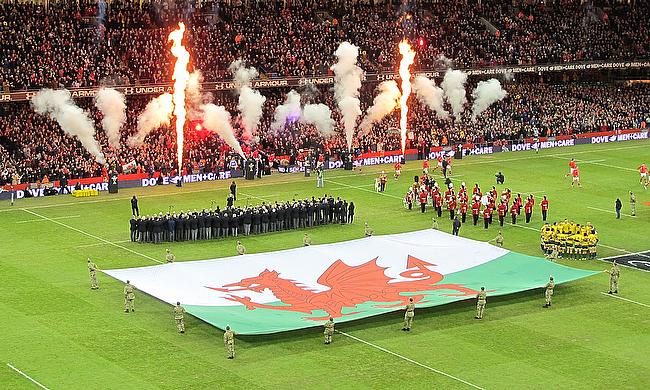 There is plenty of fresh-faced talent on the books of Wales' four professional rugby teams and as we move towards the end of 2020, we have handpicked 10 rugby talents who are the Welsh youngsters to look out for in the new year.

Which fresh-faces with limited regional experience so far are likely to make a mark with Wales' four professional rugby teams? Check out our usa real money casino Rugby correspondent 10 young Welsh rugby talents to watch in 2021.

He comes from a talented sporting family, with his mother Julie having played basketball for Rhondda Rebels and represented Wales at the Commonwealth Games, while his elder brother Cory Allen has won six caps for Wales.

Like Cory, Mason is a strapping centre come wing and there are high hopes for the teenager, who made his Wales U20s debut in February, aged just 17.

He was born in England and raised in Kingston-on-Thames, playing his junior rugby for Cobham RFC before linking up with London Irish.

But his mother is from Newport, which brought him to the attention of the Welsh Exiles programme and led to him playing for Wales U19s and U20s.

An openside flanker who lists Sam Warburton as his role model and plays in that jackaling mould, he joined the Blues on an Academy contract at the beginning of 2020 and made his senior debut against Glasgow in November.

Another product of the Welsh Exiles system.

Born and raised in Solihull, he attended Bryanston school in Dorset prior to taking up a place at Cardiff Met to study business management, earning selection for Wales U20s while there.

Now the livewire 20-year-old scrum-half has been handed a senior contract by the Blues having impressed while training with the region and scoring a try in the A-team game against the Dragons.

He has made a big impact over the past month.

The 19-year-old second row delivers huge work-rate, as exemplified by his 31 tackles in the away victory over Glasgow, while he stepped up to the plate in the Champions Cup clash with Wasps.

He has captained Wales at both U18 and U19 level, while his first game for the U20s against Italy earlier this year saw another immense defensive display as he put in 29 hits, equalling the Championship record set by Ireland’s James Ryan in 2016. Not too shabby shoes to follow.

He started out as a 10 with Newport High School Old Boys, before being converted to a centre, and you can see his fly-half background coming through with his decision-making, kicking and ability to put people into space.

He gained Premiership experience with Ebbw Vale, acquiring the nickname NHS while with the Steelmen thanks to his Christian name!

The 20-year-old age-grade international made his competitive debut for the Dragons in the Champions Cup clash with Bordeaux-Begles in December 2020.

Here's an abrasive flanker who brings a real edge to proceedings.

Back in August, he produced an in-your-face display against the Ospreys, making it clear he wasn’t going to stand on ceremony versus the likes of Alun Wyn Jones and Justin Tipuric.

If you are going to sport a peroxide blonde hairdo, you need to back it up with your performances and that’s what this 22-year-old has been doing, putting himself about and making his presence felt whenever he gets the chance. No shrinking violet.

Born and raised in Swansea, Davies was a product of the Ospreys Academy system but left Wales at the age of 16 to attend Millfield School and then linked up with Bath.

Now he’s back in Ospreylia having come on board over the summer and is starting to make his mark in the second row.

Taking his bow against Munster in November, he has enjoyed a bit of a run in the side. He impressed in the Challenge Cup victories over Castres and Worcester, keeping his place for the big west Wales Christmas derby against the Scarlets.

At 6ft 6ins and 18st, the 22-year-old certainly has a physical presence, as well as a hardness to his game. As with many sports gearing to fully be back in the new year, you can take to casino joka casino en ligne for awesome on the best sports you plan on betting on.

He made his debut for the Ospreys on the opening day of the 2017-18 season, but has had to bide his time since then.

Now though, at 22, he has been given a fresh shot by new coach Toby Booth and has really responded, boding well for the future.

He's just provided proof of his talent with a cracking solo try in the Boxing Day derby against the Scarlets, throwing an audacious dummy at a ruck and running 30 metres to the line.

Blessed with a quick service, he has forged a nice partnership with fly-half Stephen Myler, a player 14 years his senior.

A young man with a great name and a fascinating back story, he was born in Gwent in 2001 when his Tongan international father Kati Tuipulotu was playing for Ebbw Vale.

Kati wanted to give his son a Welsh name as a way of showing how much he enjoyed being in the country. So, he chose Carwyn, which means "blessing in love from God" in Welsh.

In 2005, the Tuipulotu family moved to Merseyside when back rower Kati joined New Brighton RFC, with Carwyn going on to study at Sedbergh School.

His barnstorming talent at No. 8 was recognised by Newcastle, who handed him a spot in their Academy, but now he is back in the land of his birth and the Scarlets have big hopes for the 6ft 2ins, 19st 7lbs forward.

He was born and raised in England, but qualifies for Wales through a Llanelli-born grandfather and that could prove a real blessing because he’s a sizeable talent in every sense.

At 6ft 7in and 17st 4lbs, he’s got the raw materials and has really been making his mark at lock in recent weeks, notably in the Champions Cup clash with Bath at The Rec.

Called into action after just eight minutes when Jake Ball was forced off following a clash of heads with Taulupe Faletau, the 21-year-old Jones really rose to the occasion.

He galloped around in the loose and put in 14 hits, capping his night’s work with a try-saving tackle on Ben Spencer in the very last play to seal the win.

He is one of a batch of promising young second rows on the scene, which is good to see.