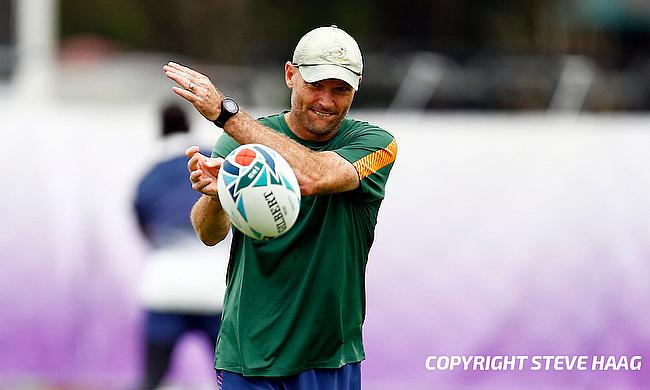 South Africa head coach Jacques Nienaber have added Rosko Specman, Dan du Preez and Johan Grobbelaar to the squad for the third and deciding Test against the British and Irish Lions to be played at Cape Town Stadium on Saturday.

Grobbelaar made his senior debut with provincial side Blue Bulls in 2017 with his Super Rugby debut for Bulls coming a year later. He was also part of the South Africa Under 20 side that competed in the 2017 Junior World Championship.

Sale Sharks loose forward Du Preez has played four Tests in 2017 and 2018 while Specman made his Test debut for the Springboks against Georgia last month.

“We have a tough Castle Lager Rugby Championship series ahead after Saturday’s series decider against the British & Irish Lions and given the strict Covid-19 protocols we have to adhere to, we have decided to bring the players in sooner rather than later,” said Nienaber.

“This is Johan’s first senior national call up and we are looking forward to seeing what he can do at this level after showing his class and consistency at the Bulls.

“Rosko played against Georgia and we know what he has to offer having worked with him for several weeks before he was released from camp.

“Dan was one of the unlucky players who didn’t get game time due to Covid-19 in our first few matches, so we are looking forward to having him back and giving him a chance to show us what he can do again.”

Meanwhile, South Africa duo Pieter-Steph du Toit and Faf de Klerk are in doubt for next weekend's encounter as they are recovering from a shoulder and a hip injury respectively that they sustained during the second game against the Lions while World Cup winner Duane Vermeulen is expected to join the training on Monday.

“We are in the 48-hour protocol of assessing all injuries,” said South Africa assistant coach Deon Davids.

“The medical staff are working closely with the coaching group and we’ll make an announcement on that (Du Toit and De Klerk) tomorrow.

“It’s fantastic to have a guy like Duane in the group. He will join the training session today and was already in our review meetings this morning, so hopefully we will have more information on his position tomorrow.”