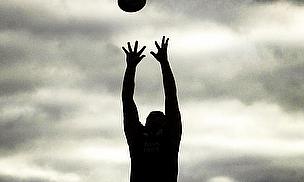 What is the best Super Rugby margin to pick in tipping competitions?
Picking Super Rugby upsets - a tipster's guide

Here are 10 players to consider for fantasy rugby competitions in Super Rugby Round 14.

Some bargain priced players worth purchasing to avoid losing players to the bye are:

Akira Ioane (Blues) – What a last month this Blues loose forward has had.  He was the top points’ scorer in Super Rugby Round 12.

Jaco Kriel (Lions) – He is one of the unsung heroes of Super Rugby, much like his Lions team, but Kriel was one of the best players in Super Rugby Round 12.

Mike Harris (Rebels) – Harris is back with the kicking tee and should get plenty of opportunities against the Reds.

Bismarck du Plessis (Sharks) – Bismarck has been back scoring some big fantasy rugby points since returning from suspension.

Samu Kerevi (Reds) – Despite playing for the lowly Reds, Samu Kerevi has the ability to get plenty of go-forwards.

Franco Mostert (Lions) – Franco Mostert is another one of the Lions unsung heroes, but the big lock made the www.testrugby.com Team of Round 12.

George Moala (Blues) – The Blues are out of contention, but could win at home against the Bulls.  George Moala has been a fantasy rugby stud recently.

The Highlanders are in the top five try scoring teams and face the Cheetahs this week, meaning their Number Eight Nasi Manu and first five eighth Lima Sopoaga could be in the points.

Who are you picking in Super Rugby Round 14?