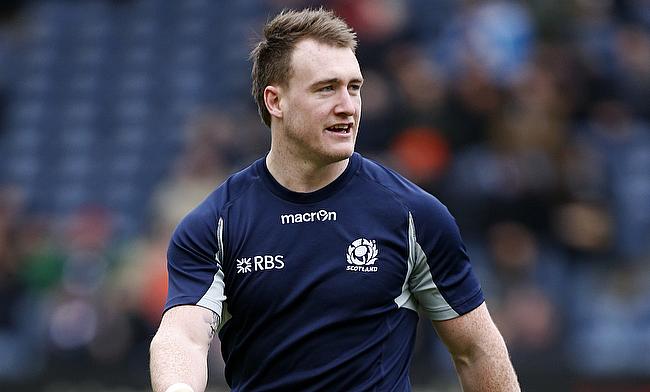 Stuart Hogg will play his 87th Test for Scotland
©PA

Scotland captain Stuart Hogg believes his side can exploit the weakness in South Africa as the two teams face each other at BT Murrayfield Stadium on Saturday.

Hogg has already faced the Springboks twice this year in Cape Town during his stint with the British and Irish Lions and is now hoping to take on the world champions following a close win over Australia last weekend.

"They are an unbelievable team, they have got some brilliant individual players and they are world champions for a reason," said Hogg.

"But like everything there are weaknesses within it and hopefully we can exploit that.

"We need to be patient in what we are trying to do and also stand up to their physicality. If we can stand up to that and outmuscle them we give ourselves a good opportunity of winning."

The 29-year-old, who has featured in 88 Tests is also wary of the physical challenge that the Springboks bring in.

"They are very, very physical," he added. "They have jackal (turnover) threats all over their team.

"So in terms of our attacking breakdown, we need to be squeaky clean and make sure we can blast past the contact and keep that ball safe.

"If we continue to do that for multi-phases, then that's the time that we will most challenge South Africa."

Earlier, the Dark Blues had registered a 60-14 win over Tonga followed by a narrow 15-13 victory over Australia in the opening two games of the Autumn Internationals and Hogg said Scotland are determined to end the campaign with wins over South Africa and Japan.

"Straight after that (Australia) game we talked about the job only being half done," said Hogg. "We'd won two games and still had two to go."