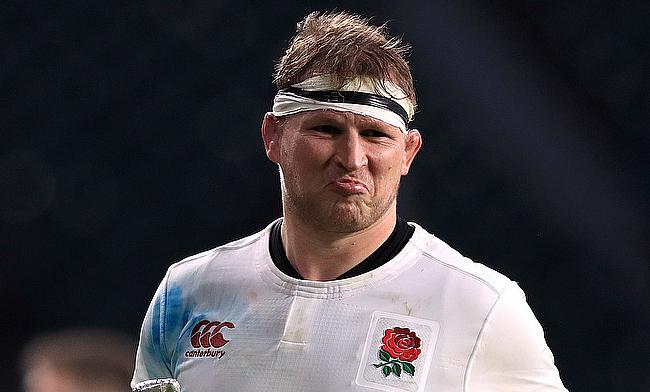 England forwards coach Steve Borthwick has backed Northampton Saints hooker Dylan Hartley to bounce back hard after he was omitted from the 41-man British and Irish Lions squad for the upcoming tour of New Zealand in June.

Having led England to a 18-match winning streak that included a back-to-back Six Nations triumph, Hartley was considered one of the contender to lead the Lions.

However, he suffered a setback leading to the Six Nations tournament when he was banned for six weeks while playing for his club and was repeatedly replaced during the tournament at the start of the second half with Owen Farrell taking over the reins.

His exclusion from the Lions squad makes him favourite to lead the red rose team for the upcoming tour of Argentina despite Eddie Jones indicating that he would like to rest few of the senior players, who miss out on the Lions selection for the clashes against Pumas.

"I know Dylan will be very disappointed not to be selected," said Borthwick, who is also the forwards coach for the Lions.

"He'll have an England tour to Argentina to work towards. He'll undoubtedly be very, very disappointed, but what's struck me is how resilient he is.

"He's bounced back from a lot of things and there's no doubt that's exactly what he'll do now.'

Mike Brown, Chris Robshaw, George Ford, Joe Launchbury and Tom Wood are available for selections while Jones might also be tempted to include rugby league convert Denny Solomona and uncapped Sam Underhill when he names his squad on Thursday.