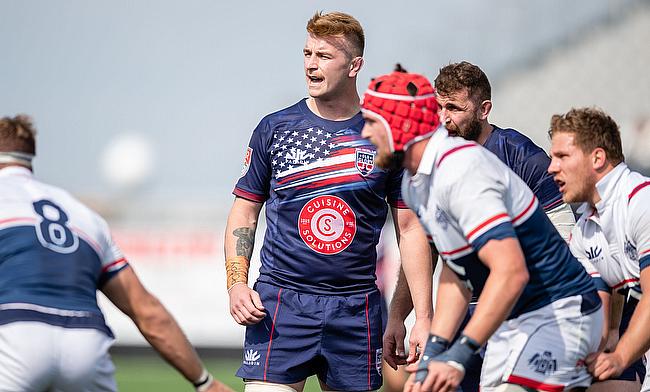 At the age of 24, Stan South arrived at Old Glory DC with a wealth of experience in the world of professional rugby.

Gaining England U20 caps in 2016, he represented his country in the World Rugby Under 20 Championship that was held on home soil.

The lock helped Martin Haag’s side to their third title in that competition in a team that contained the likes of Max Malins, Joe Marchant, Zach Mercer and Jack Willis.

With that in mind, South is one of the most experienced players at Old Glory, especially when he also spent the formative years of his career at Harlequins and Exeter Chiefs.

Leaving Devon during the pandemic, South says the first lockdown period was one fraught with uncertainty. His one year-deal with Rob Baxter's team timed out at the beginning of July, but it was his brother who helped him plan for the future before he headed back to rugby.

“I didn’t know what I was doing, where I was going, if I was staying in rugby, if I wasn’t,” South told TRU. “I was very lucky that my brother helped me out loads. I went and worked for him in the tree surgery business and from that, I have actually found another job that I love just as much, if not more than rugby.

“I have found something that I want to do post-rugby, which I never really had a plan for if I am honest. When you are a youngster coming through an Academy, people say that your career goes quickly and to make sure that you have got your backup plan sorted. You don’t realise how quickly those years go and how quickly your body starts to fail.

“So, for him (Stan’s brother) to take me under his wing, he definitely pulled me out of a deep hole and I am very, very grateful to him. I was lucky enough then to sign for Old Glory, but this time last year, I was definitely in limbo. I didn’t know what I was going to do with my life, but luckily I managed to come out of it.” 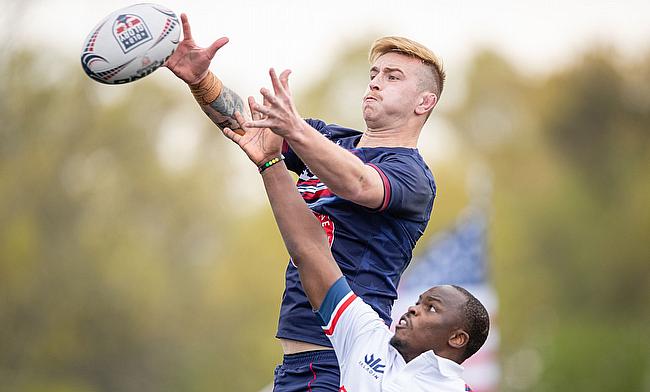 Having been a professional rugby player for the best part of seven years by this point in his career, South is now adjusting to life in Major League Rugby after representing Brive in the Top 14 and Challenge Cup at the tail end of 2020.

Like the rest of the rugby world, South has watched on from afar as MLR has grown season by season, but unlike some of his fellow countrymen who have made their way over the pond, the 24-year-old has plenty of rugby ahead of him.

“In England, you have got the opportunity to play in two of the best competitions there are with the Premiership or Champions Cup or Challenge Cup,” South explained. “That is where you make your name and some of the players have done that, for example, Marcus Smith.

“He came through the Academy and he is now the starting 10 for Quins and on the verge, if not should be, in the England squad. So, you have got people like him, but for me, I never quite broke it. I didn’t want to be standing on a pad and holding a pad for the rest of my life so I decided I wanted to go elsewhere.

“If I could play Super Rugby, that’d be fantastic. If I could play in the Japanese league, even better. You never want to settle for second best, but at the end of the day, you want to be playing at the highest standard you can be so that is where my head is going. I wasn’t just trying to travel, but I want to play as good rugby as I can, and I want to have fun while doing it.”

South's arrival at Old Glory was delayed because of visa complications so the second-row didn't play a part in the club's pre-season or their opening weekend draw with NOLA Gold in Louisiana. However, a week later, he was named on the bench against Rugby ATL, contributing to his side’s 30-23 conference victory.

Three starts soon followed before being rested against the LA Giltinis in California. It wasn't long before the 24-year-old was reinstated to the starting side in the team’s tight loss in Utah and he has featured in the two games since then.

As things stand in the East Conference, Old Glory currently place fourth, seven points adrift of Rugby ATL who are first. Travelling to Texas last weekend to play the Houston SaberCats at the AVEVA Stadium, DC picked up their second win in a row and fly-half Jason Robertson was named MLR’s player of the week.

Having not played this amount of regular rugby since his days with both Worthing Raiders and then Esher in the National Leagues, South is enjoying his consistent game time and the extra responsibility given to him as one of the more experienced operators in the forward pack.

“I have definitely enjoyed my rugby a lot more because I am actually getting constant game time," South said. "At the start of the year, I wasn’t exactly getting 80 minutes, but from there, I have been playing 80 minutes back-to-back and the body feels sore, but I have been enjoying the amount of responsibility I have been given by Coach Douglas.

“For me as a relatively young player, I am happy to have the responsibility they have given me and me being myself, I want more and more and I want to push myself to be the best possible player I can be, but also coach as well.

“I want to help the younger boys to be the best they can be, and I want them to be taking my position because it makes me a better player as well.

With players coming from across America, Canada, Ireland, Scotland, Fiji and New Zealand in order to play for DC, the diversity across the squad is impressive given it is only the team’s second season in MLR.

With the aforementioned Robertson one of the team’s star players, the likes of Danny Tusitala, Mungo Mason, Apisai Naikatini, Ciaran Hearn, Osea Kolinisau and Thretton Palamo all add their various experiences to the team and will no doubt be hoping to push even higher up the East Conference in the coming weeks.

All cohabiting in relative proximity to one another in an apartment complex, South says that with many of the players separated from their loved ones, including the lock, it has created a strong bond throughout the group and has helped them on the field.

“I am not the only person away from my family,” South said. “You have got some of the Canadian boys who have had to leave their wives and kids at home, especially as they can’t go back to Canada at the moment. Some of the boys have left their wives and children down in New Zealand and they are coming over fairly soon. 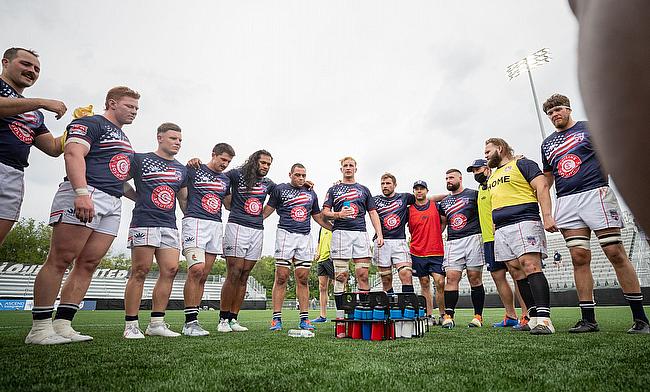 “You have got boys giving up a lot to provide for families, so that brings everybody closer together. We call ourselves brothers and at the moment we are showing that, and you can see it on the field with how much a win means to us and when we do lose, it kicks us in the teeth because it shows how much everyone is working for each other.

“If we are a family, we win together and we lose together, but more importantly, we stay together.”

With seven games left to play of the regular season, Old Glory’s race to the post-season starts on Sunday against Rugby United New York. Hosting the game at Segra Field in Leesburg, Virginia, South and his colleagues will be coming up against a team that beat New England 29-19 at the weekend.

Both sides have had some of their star players selected by Gary Gold for the USA’s preliminary 41-man squad ahead of their tour of the UK and Ireland in July. For Old Glory, it is a confirmation of the team's good work, with Mike Sosene Feagai and Jamason Fa’anana Schultz getting recalls whilst Mike Dabulas is in the Eagles' plans for the first time.

In addition to this, both teams rely heavily on power and pride themselves on having good set-pieces that allow each side to get onto the front foot and ultimately dominate their opposition. With much of the extended travel now complete, there is certainly no reason why Old Glory can’t make the play-offs and South has the same mindset.

“We want to be in the final,” South exhaled. “We want to be winning the league. I think if you asked anybody and they didn’t answer that, I don’t believe you would want them on your team.

“We, as a team and as a squad, we believe we can get to the final. We just need to do our job one game at a time, week by week. If we do that, then the finals will come. We are not looking at the final at the moment, but in the back of our heads, it is definitely there.”