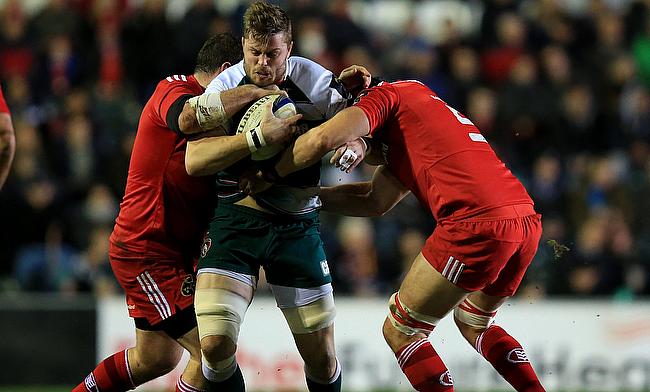 Leicester Tigers put one foot in the European Champions Cup quarter-finals by completing a hard-earned double at home to Munster.

The Tigers' 17-6 win keeps them top of Pool 4 with four wins out of four, only the third time they have started a European campaign with four straight wins.

Leicester led 10-6 at the end of a ferocious first half and scored the only try – Slater’s on after 24 minutes – with Burns adding the conversion and a penalty.

Munster fly-half Ian Keatley kicked two penalties but also missed one in a half which the Tigers just edged, with both sides missing golden opportunities to cross the whitewash.

After weathering the Munster storm during the game’s first quarter, the Tigers started to get a foothold in the game and after a line out and several subsequent drives, Leicester's endeavour was rewarded.

They were awarded a penalty for a high tackle on the impressive Tongan full-back Telusa Veainu and kicked for the corner.

They won the line out, and driving for the line several times, Slater scored from a metre out.

Burns kicked the conversion and then Munster failed to capitalise from a similar situation at the other end when they were penalised during their drive for the line.

Leicester should have scored in the 33rd minute after Peter Betham's fabulous reverse offload following Burns' up and under sent his team surging into the Munster 22; Betham hit the line at pace and would almost certainly have scored had he gone alone for the last five metres but he passed and Munster's defence would hold firm.

Keatley put Munster back in it in the 40th minute with a penalty after the Tigers' replacement, Dom Barrow, had been sin-binned.

Munster hit Leicester hard at the start of the second half and it took a terrific tackle from Betham to stop Francis Salli scoring before prop James Cronin had a try chalked off for a forward pass by Conor Murray.

Both Keatley and Burns were then to miss penalties, in the 49th and

Having got out of jail however Leicester worked their way upfield and scored in the 66th minute to kill the game off in opportunistic fashion, winger Goneva finishing off a lovely break by Betham. Burns then kicked the conversion to make it 17-6 and seal the victory.