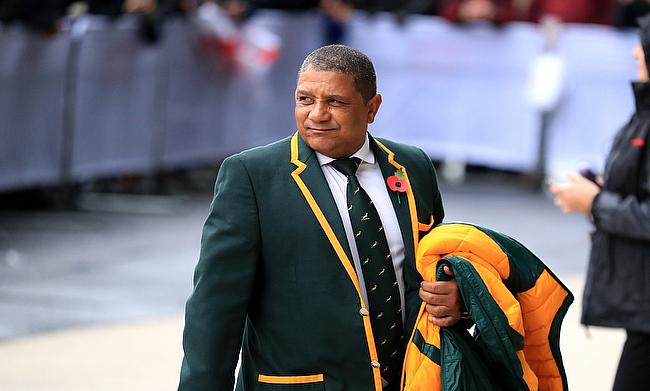 Former South African coach Jake White stated that the 57-0 drubbing of Springboks by New Zealand in their recently concluded Rugby Championship clash at QBE Stadium was not surprising.

The All Blacks ran an eight try riot as they handed South Africa their biggest defeat in the history of the game and White, who coached Springboks to 2007 World Cup glory believes Allister Coetzee had paid the price for not picking seasoned campaigners.

"Over the past four years we’ve won 24 of 43 matches and have suffered historic losses against Japan, Argentina, Italy and Wales.

"Like it or not, that’s where it started because if players play in a team that’s losing to those sorts of countries, the juniors at the coalface of those defeats never forget them,” White wrote in his column for All Out Rugby.

The 53-year-old also urged the management to rope in experienced players, who are currently plying their trade overseas.

“We’ve discarded all of the guys who have the experience of beating the world’s best teams.

"Malcolm Marx is going to be a great Springbok, but he would get there much quicker if he was given the baton by Bismarck du Plessis. Bismarck got the baton from John Smit.

“Duane Vermeulen should be playing to give stability to the team and make sure that the next Bok No 8 knows what to do to win the big games, and that applies across the team.

“We’ve got Raymond Rhule, Andries Coetzee and Courtnall Skosan all playing in their first season as Springboks together. There’s no team in the world that will win like that.”

A reminder that Betway is available in South Africa as well, for all your betting needs.