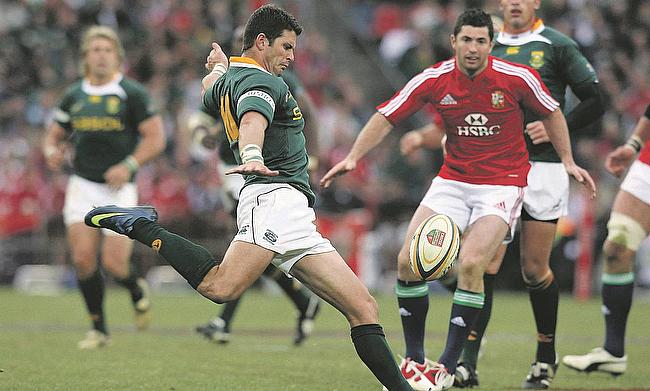 Frans Steyn and Morne Steyn are in line to face British and Irish Lions for the second time next month as South Africa have named a 46-member squad for the highly anticipated three-match series.

Morne made his Test debut during the 2009 series against Lions and also kicked a nerveless last-minute penalty for South Africa to steer his side over a thrilling win in the second Test. He has played 66 Tests for the Boks with his last appearance coming in 2016. Meanwhile, Frans also featured in all the three games against Lions in their 2009 series against South Africa and has part of the World Cup winning squad under Rassie Erasmus in 2019.

The entire 2019 World Cup winning squad apart from retired trio Tendai Mtawarira, Francois Louw and Schalk Brits and Warrick Gelant, who is out injured is part of the squad that also has eight uncapped players.

"It is a surreal feeling to name a Springbok squad after such a long absence from international rugby, and the fact that these players will have a chance to measure themselves in such a special tour makes it even more remarkable," said Jacques Nienaber, who will be taking in charge of the side for the first time.

"Players such as Frans and Morne have been here before and they can attest to the huge privilege it is to be part of a British and Irish Lions tour, so I am very excited for this squad.

"The squad features a bunch of Rugby World Cup-winners who know what it takes to perform and be successful at the highest level, as well as a handful of very talented young players who all proved that they deserve an opportunity at this level."

South Africa will kick-start their preparations with clashes against Georgia on 2nd and 9th July with the three-game Test series against the Lions scheduled to be played 24 and 31 July, and 7 August with Cape Town and Johannesburg being the venues.