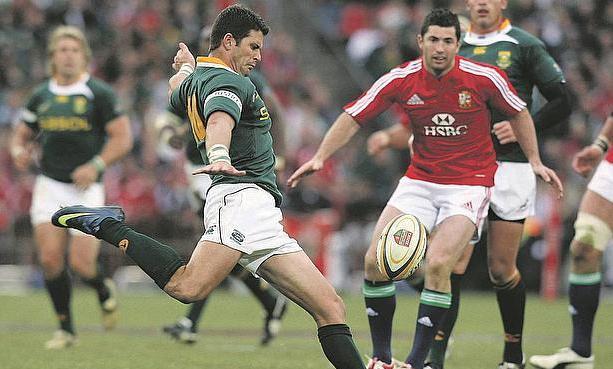 Kicking the winning points against Lions was 'special' - Morne Steyn
Can Morne Steyn roll back the clock against the British and Irish Lions?

The 37-year-old made his international debut for the Springboks against the British and Irish Lions in 2009 and in the same series he landed the decisive penalty kick in the added minutes of the second Test to help his team win the series 2-1.

He went on to repeat the same feat for the Boks against the Lions in the recently concluded series this year where he kicked the decisive 78th minute penalty kick in the deciding game in Cape Town steering his side to a 29-26 victory and with it they also claimed the series 2-1.

Steyn had already informed the team management about his unavailability for the end of the year tour as he wanted to spend more time with his family. He will however continue to be part of the Bulls where they are currently at 15th place after managing a solitary win from four games.

“It’s a good time to make this decision. I think it’s time to call it a day now. I’ve had a lot of time to think about things and it has been difficult over the last few months being away from home with touring and being away from my kids,” Steyn told Supersport.com exclusively.

“I told Jacques I won’t be available for the end of year tour. It has been difficult for me being away from my family for the past 17/18 weeks and I want to spend more time with them.

“I said to Jacques that I haven’t been the number one choice for a while now, and it doesn’t make sense to wait for injuries for a chance to play.

“I have a year or two left in my career and I’d rather spend it playing for the Bulls than sitting on the sidelines. I really want to enjoy my last two years of rugby.”