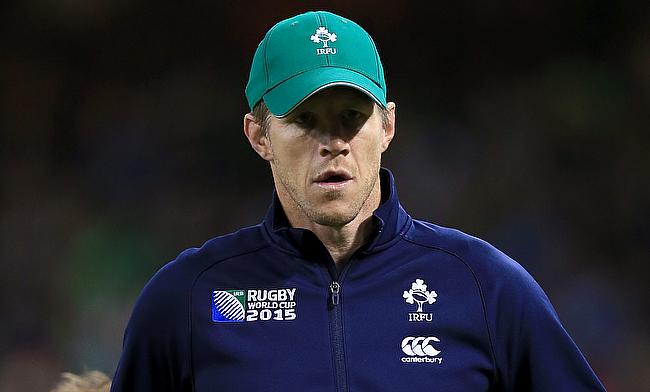 Ultane Dillan is the "physical animal" who can ease Ireland's second-row injury crisis in Saturday's RBS 6 Nations clash with England, according to Simon Easterby.

The 22-year-old lock is poised for his Ireland debut in Saturday's Twickenham showdown, with Mike McCarthy sidelined through concussion.

Munster's Donnacha Ryan could start against England, paving the way for the raw but talented Dillane to take a seat on Ireland's bench.

"And he's done very well, speaking to Jimmy Duffy and Pat Lam at Connacht, they've been really happy with his progression.

"He's a pretty physical animal, if you've seen him tackle. He hits rucks, he scrummages well, he's very powerful in the gym.

"He's the sort of player that if we can hone his skills and hone his game awareness at this level then he's going to have a bright future.

"Like anyone coming in new, they are always going to have a bedding-in period.

"But to a man, players in that position have all contributed and now look comfortable in the environment.

"That's testament to the work they've put in and hopefully they will get some opportunity."

The 29-year-old insists he is becoming "more comfortable" with such responsibility, even despite Ireland's winless start to the campaign.

The 16-16 draw with Wales and 10-9 loss in France leaves the two-time reigning champions hugely unlikely to retain their Six Nations crown.

Toner merely remains focused on chasing Ireland's first win at Twickenham since 2010, and on getting to grips with ever-changing second-row partners.

"I haven't seen a lot of the Connacht games, just bits and pieces, but what I have seen of him he's gone well.

"It would definitely be a big step up, Twickenham's a very tough place to go, but an exciting one too.

"It would be quite daunting, too, coming up against a team of that quality. But if he gets his chance hopefully he'll take it.

"Donnacha Ryan, he's a lineout brain, as he's a caller of lineouts himself too. So I can bounce ideas off him and that's very helpful.

"He's very good at organising a defensive lineout, so that could take a bit of a load off me."