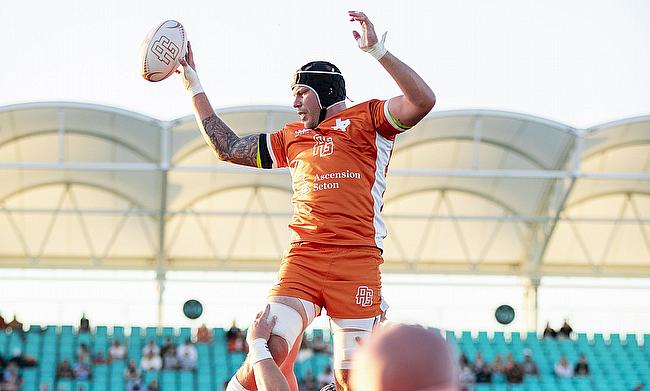 It is often discussed how things are bigger in America so Sebastian de Chaves must have felt right at home when he arrived in Texas.

Standing at 6ft 8ins, Sebastian has left Europe after eight seasons in the Top 14, Premiership and Championship in order to represent the Austin Gilgronis in Major League Rugby. Across the first three seasons of the competition, Austin have won just the four games, and in 2019 went the entire year without a win.

Losing three, drawing once and winning once in 2020 prior to the league’s suspension as a result of Covid-19 hitting US-shores, Austin have made a raft of signings and changes at Bold Stadium for the 2021 season.

Retaining the services of former All Blacks Jamie Mackintosh and Frank Halai, USA Eagle Will Magie, Tongan international Kurth Morath and North American talents Moe Abdelmonem, Dom Akina, Zinzan Elan-Puttick, LaRome White and more, these and some of the new arrivals in Texas’ capital that many are hoping will spark the team into contention at the top of the MLR table.

Arriving with Sebastian in Austin was his former London Irish colleague, Bryce Campbell. The pair representing the Exiles together in the Championship before the lock headed north to Newcastle. Already the pair's inclusion with the team has had an impact, with Campbell made captain and Seb vice-captain.

Then if you include the signings of former All Black Isaac Ross, Canadian internationals Reegan O’Gorman, Jeff Hassler and Cole Davis, Australian duo Maclean Jones and Mack Mason, USA prop Paddy Ryan and draft picks Mason Koch, Lui Sitama and Conner Mooneyham, who came by way of a dispersal draft after Dallas delayed their inaugural season, it certainly seems on paper that there is enough quality and depth in the side to progress.

Our Head Coach, Sam Harris, is living out his dream and building something special here in Austin! ??

Come out Saturday night and support Sam and the AGs in the Texas Cup battle! ??

Added to this the arrivals of a new Head Coach, Sam Harris, and Assistant Coach, Mark Gerrard, the pair having extensive experience in the Japanese Top League, Super Rugby, with the Wallabies and NRL, it is clear there is something building at the Gilgronis.

For Sebastian, after conversations with those involved with the team and having followed the league, he was more than happy to sign on to play in burnt orange.

“It is slowly something people have spoken about over the past two or three seasons,” Sebastian said. “Now there are some big names coming over here and some exciting stuff coming out of the US. The northern hemisphere is the big juggernaut that keeps churning out season after season, the US is something fresh and something new.

“There is a big following of American sports in Europe, so is there going to be a similar connection to the excitement around what the Americans bring to their sport? That is quite exciting in terms of doing something completely different and the unknown.

“When this opportunity came up, I had a chat with Sam and we just had a good, honest chat and it got me really excited about the future of not only Austin, but the league in general. It was the opportunity to be on the ground level of something that is only going to get bigger and bigger with every season.

“I spoke to Bryce throughout the whole process, and he was here quite early on and just chatting to him about it and he said how it was new ownership, new coaching staff, very ambitious and exciting.

“Then speaking to Sam, he just had this theme of us being a big family and getting through things together and bringing this culture of us being Texas’ team. Austin doesn’t really have a professional sport, so we could maybe lay claim to that with some success on the field.”

Since arriving in America, Sebastian and his teammates have already had to contend with the winter storm that hit Texas in February, halting training for over a week. Playing two games so far this season, Austin have been on the wrong end of each result.

Starting with a 30-28 loss at the hands of Utah, that result shortly followed up by San Diego’s 14-11 win in Austin last weekend. With just several points separating the side from positive results, it certainly feels as though Austin are on the right path, the team's vice-captain quick to agree with this suggestion.

“To be honest, I think the first game against Utah we were caught cold in that first 20, 30 minutes,” Sebastian said. “They came out really energised, really physical, played a really simple game and played it really, really well. By the time we had woken up, it was a bit too late.

“Last week was a tough one to take, because we played the most rugby, we were the most dominant team for the majority of that game, and it is just a lapse in concentration and opportunities that we didn’t really take.

“We have been hit by a few injuries as well and the feeling in the squad is that we are so close to properly clicking as a team and we feel like once this happens, then things are going to fall into place.

“Then, things are going to fall into place and all these things we have spoken about and trained so hard on will start to come out in games. That is going to be a really exciting time for our team, so it is not all doom and gloom. I feel that if we change one percent here and one percent there, we will be a completely different team.”

This weekend, Austin will host Houston in their first away trip of the season at Bold Stadium. An all-Texas clash, the sides will contest for the Texas Cup, a trophy that the Gilgronis currently hold having won the tie 24-20 last season. 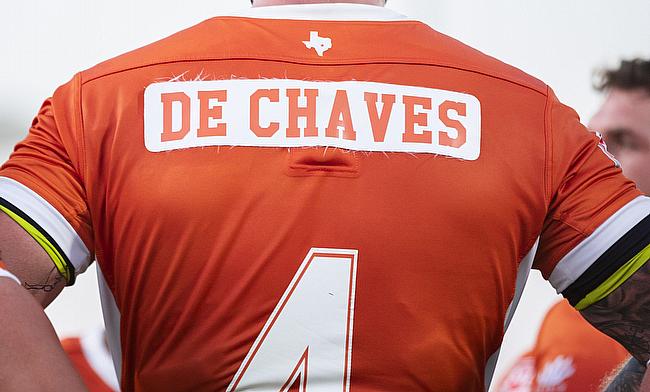 Upon his arrival in Texas, Sebastian has been names as vice-captain
©AG Rugby

So far this year, the SaberCats have won one and lost one. Opening their season with an impressive 30-24 victory over the two-time reigning champions Seattle, the side were unable to back that result against the New England Free Jacks, falling 32-0 at their AVEVA Stadium home.

With the added motivations of silverware on offer, a trophy could be just the motivation needed to heave Austin over the edge to be back on the winning side. Of course it is more than possible that part of the teams issues are down to the mere fact that 53 weeks separated several players from their last MLR match and the first of the 2021 season.

In addition to this, there is still so much to play for. There are 14 games until the end of the regular season, plenty of time for growth, the opportunities to climb up the Western Conference standings and not to be relying on losing bonus points.

“When we first arrived, we would have had certain goals,” Sebastian said. “I don’t think those goals have changed, but the whole landscape has changed. Covid has been such a crazy thing, in terms of things changing week in and week out. There are still boys that haven’t played a lot of rugby in a very long time.

“So shaking off that rust is going to take time, but our ambition is still very much to go as far as possible in this league and really shock teams. We just need to sort one percent here and one percent there, like I keep on saying, and once this team clicks it is going to be exciting.