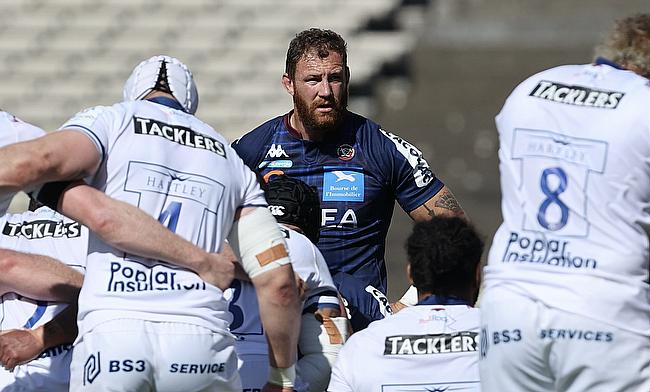 It is sometimes easy to forget that Bordeaux-Bègles only came into existence 15 years ago.

Following a merger between Stade Bordelais and Club Athlétique Bordeaux-Bègles Gironde in 2006, the club gained promotion to the Top 14 in 2011 and have hardly looked back since.

Maintaining their top-flight status for nearly 10 seasons, the side now plays host to one of France’s key men in Matthieu Jalibert, as well as numerous other Les Bleus internationals.

The mercurial talents of Santiago Cordero and Ben Lam also ply their trade at Stade Chaban-Delmas as does former Wallaby Scott Higginbotham, who has chosen to see out his career in Southwestern France. At the age of 34, he is under no illusion that the majority of his playing days are behind him and he is one of the men writing page after page of new history in the chronicles of UBB.

Joining the club in 2019 after concluding his second spell with the Queensland Reds in Super Rugby, the hulking back-row played the full 80 minutes last weekend as he and his Bordeaux teammates subjected Bristol to a 36-17 loss in the Champions Cup Round of 16.

Showing no signs of rust against the Bears, Higginbotham made 48 meters with ball in hand and made 15 tackles to boot.

Having played the majority of his career in Australia on the hunt of honours in a yellow jersey, Higginbotham says he very nearly made the move to France some seven years sooner before opting to join the Melbourne Rebels.

“I looked at Bordeaux back in 2012 when I was thinking about moving away from Australian rugby,” Higginbotham said. “I ended up signing for the Rebels and staying in Australia, but I was talking to Laurent (Marti), the club’s president, about coming here, so I always had Bordeaux in my mind as somewhere I would like to live.

“I have a couple of mates here and there has been a number of Australians to have come to the club. One that was here the longest, Blair Connor (who played for Bordeaux for 10 years), is a good friend of mine who I played with at the Reds academy.

“I started speaking with him. He told me about the lifestyle and the club, and it really piqued my interest.

“It is funny how things work out. I looked at it back then, had it in my head as somewhere I would like to go. It’s the wine capital of the world, so not an unknown place. It is lucky for me I got the opportunity, I suppose.”

Bordeaux's upcoming European quarter-final battle with Racing 92 has been billed as a clash between two of French rugby’s Goliaths and this is the furthest the hosts have ever progressed in the Heineken Champions Cup. As a result of this, if last weekend’s win over Bristol was historic, you can only imagine how much a victory would mean to the club on Sunday afternoon.

Already this season, the clubs have faced each other twice in the Top 14. The first meeting of the two sides ended in a win for Racing 92 as Laurent Travers’ side ground out a 17-12 victory on the road, but in the return fixture in the capital, it was Higginbotham and his teammates going home much the happier after registering a 33-32 win at the Paris La Défense Arena.

To add a little more to the importance of this fixture, it is the first time these teams have met in European competition and Bègles have won just one of their six encounters with French opposition in the Champions Cup.

Racing 92 head into this last-eight tie having just secured their biggest ever win in Europe's top flight, beating Edinburgh 56-3 in Paris, meaning they have won their last two games by 40 points or more.

Bordeaux have welcomed back Santiago Cordero to the starting XV for this weekend’s game, the former Exeter man the joint-top try-scorer in the Champions Cup this season. Elsewhere, 20-year-old centre Yoram Moefana comes in for Pablo Uberti and Kane Douglas starts in the second-row, replacing Jandre Marais.

But when all is said and done, it is what happens on the pitch on Sunday that will be written in the history books and Higginbotham is more than aware of what a win will mean to the city he and his colleagues represent.

“It is a great opportunity to create some history,” Higginbotham said. “It’s immense to play in games and win games that the club have never played in and get to places the club hasn’t been before.

“It is a really great achievement and creating history is a pretty cool thing to do. It would have been nice, after winning both of the pool games, to have gone straight into a quarter-final, rather than a Round of 16, but that is the way it goes, and it is another step closer to the final this week.” 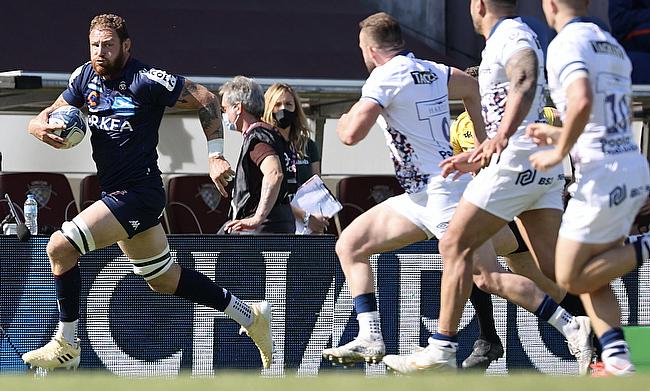 The side has added motivation thanks to how their 2019/20 campaign was ended. Making the Challenge Cup's semi-finals, it was in domestic competition where Higginbotham and his teammates felt the most aggrieved.

Sitting at the head of the Top 14, when the league was understandably brought to a halt due to Covid-19, it would have been the highest-ever finish for Bordeaux if they maintained their place at the summit.

Eight points clear of their closest rivals Lyon at the start of March last year, the club currently sit in fifth place in the Top 14 and still have a shot at a first Bouclier de Brennus should all fail this weekend.

All being well, the club will still be in contention for two trophies from next Monday and Higginbotham hopes to carry on writing some pages in the club’s biography as well as his own.

“To achieve some goals this year would mean a lot to me in my career,” Higginbotham said. “It was a really disappointing end to last year and there was definitely a feeling that we would have finished in at least the top two and gone to a semi-final.

“The club has never finished in the top six, so that would have been a really special achievement. There is still an opportunity to do that this year and I think if we play well in these knockout games, that will follow into the Top 14 and it is nice, but there are other things to achieve.