Saracens hope to return back to winning ways against Clermont 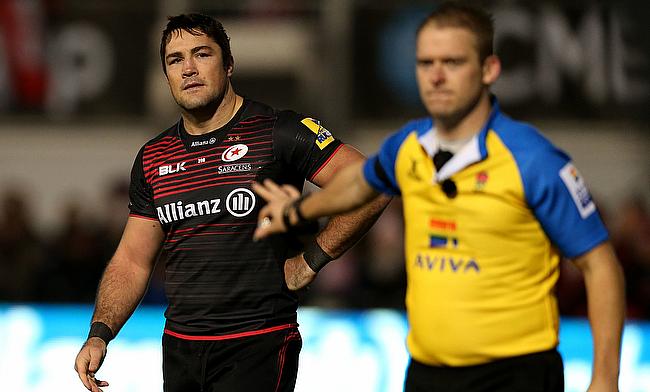 Brad Barritt, left, is one of Saracens' absentees
©PA

Saracens will be desperately hoping to return back to winning ways when they face Clermont Auvergne in the upcoming European Champions Cup clash against Stade Marcel-Michelin on Sunday despite being hit by injury concerns.

Skipper Brad Barritt and scrum-half Richard Wigglesworth have already been ruled out of the encounter due to a concussion and a hip injury respectively that they sustained during Monday's game against the same opponents at Allianz Park.

The last time these two teams met Saracens were outplayed completely as they succumbed to a 14-46 rout but director of rugby Mark McCall expressed confidence on his players to bounce back from what was their sixth consecutive defeat spread across all the competitions.

"We are not a club that overreacts, but neither are we a club that sweeps things under the carpet either," McCall said.

"Having that simplicity and that clarity is important. The players are right behind it. It's been calm and it's been balanced."

Saracens are currently positioned second in Pool 2 with 10 points behind Clermont, who have 14 points.