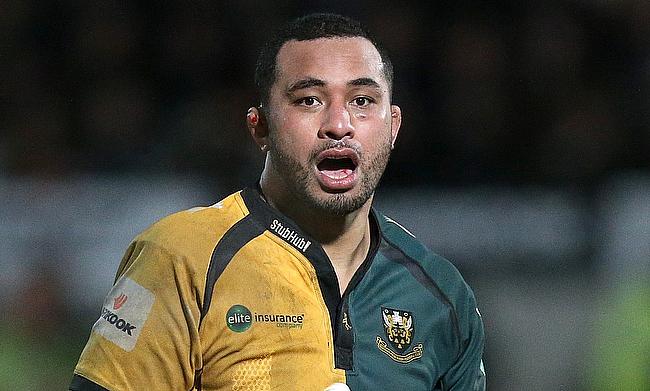 Manoa started his professional rugby career with Northampton Saints in 2011 and had stints with Toulon and Cardiff Blues before joining Major League Rugby's Seattle Seawolves.

The 34-year-old made his debut for the Eagles against Georgia in 2010 and has gone on to play for his country in 22 Tests including four in the 2015 World Cup. He also had a chance to represent the Barbarians in 2013 against British and Irish Lions.

Manoa said the World Cup later this year was a temptation but decided to call time on his international career. He also thanked the support staffs and coaches for the support handed to him during his time with the Eagles.

“This Bay Boy is hanging the boots up. It’s been a long journey but a journey that I’ll never forget. My plan was to ride this last ride with my brothers in Japan but plans have changed. I want to thank everyone that has supported me since Day One, without you there wouldn’t be a Samu," said Manoa.

“Putting on that Eagles jersey and representing your country is something that a lot of folks don’t get to do. I was blessed enough to wear it and rep not only my country, but my family.

"Truly grateful for all the coaches, staff and folks behind the scenes that helped me Especially my family, my pops for always getting on my case. My grandmother, rest in peace, for believing if I stuck with rugby, it will take care of us.

"Rugby wouldn’t happen if they weren’t around to push me through.

"I want to thank my wife Mary-Lorraine for her ongoing support because when things became tough, she ‘kicked’ me through, literally.

"And a big thank you to all the fans who’ve rocked with me. I’ll never forget you. Eagle #419, signing off.”

USA Rugby files for bankruptcy due to financial constraints