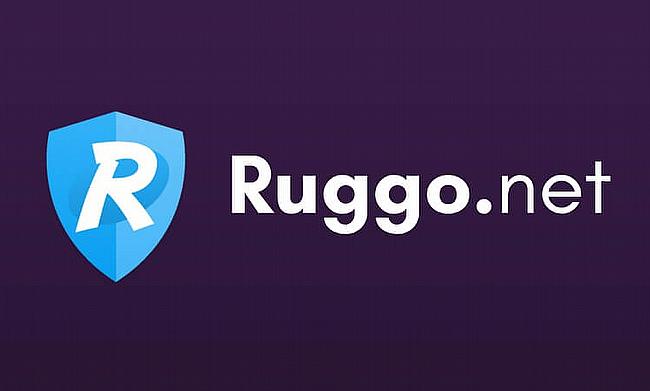 Are you winning? Work, train and play rugby in New Zealand in 2016
Common rugby injuries and how to prevent them

They are a very important part of all sports whether that be how many goals Mohammad Salah scores at Anfield for Liverpool, how many wickets Jimmy Anderson takes at Lord’s or how many tackles Jono Ross made in the Premiership for Sale Sharks last season. (The answer is 336 by the way.)

But it is not just at the elite levels of sport, and rugby in particular, where analysis is key.

That is where Ruggo comes in. Ruggo allows schools and clubs to feel like they are at a professional standard by offering a smartphone and easily accessible match analysis app which allows coaches, players, journalists and fans to access stats throughout and after a game.

TRU chatted to Ruggo’s Brendon Shields to explain more about the concept and his vision for the app.

So firstly Brendon, tells us what the concept of Ruggo is all about?

“The main thing was I got involved with a school here locally in South Africa and obviously these guys are analysing and measuring games and we very quickly realised, after getting some quotes, that analysis is an extremely expensive endeavour.

“We couldn’t proceed because it was too expensive and there were no stop gaps in between.

“You either have a piece of paper to measure a match or afford the expensive stuff. Ruggo was basically designed as an inbetweener to help school and club coaches who do not have the resources to also work with analysis, but not have to re-mortgage a house to use it.”

How important is it for coaches and teams to have this type of data available to them?

“Rugby is becoming semi-professional at school level and a lot of players are not exposed to analysis at all until they leave school and then it is almost too late.

“These kids who have come from school who can afford analysis systems have an edge straight away because they know the concepts they have been engaging with for a long time whereas these kids from local schools, have no idea what coaches are talking about.

“You don’t focus so much on the individuals. It is more the team statistics. For individual players to engage with this is vital because they are a cog in a team.

“Stop focusing so much on your own play because you are part of a team. For example, a lock can go away and find out how to improve the team’s attack from a lineout and that helps develop the team because a player is coming up with a few more ideas to help everyone rather than just coaches working it out for themselves. Prior to measuring these things, the players had no clue.

“If you asked a 15-year-old kid how many tackles you make per game, he might come back and say ‘45’. However, the truth is four or five! It has been a great journey to expose smaller schools to this form of analysis and just start that process.”

Can it be used to prepare for an opposing team?

“I am not too familiar with the leagues in England, but locally, you wouldn’t necessarily play the same teams twice in a year other than in a semi-final or a final.

“The app doesn’t really give you that in depth knowledge of your opponent, but what it does do, it creates averages of how your opponent always does things compared to how you always do things.

“After about six or seven games, if the amount of restarts you collect off your own kicks is still not good yet your opposition is always good at it, you will know as a coach, that this is one area which you are failing at. It is about benchmarks and getting your standard to a better level.”

Do you encourage TV broadcasters and journalists to use the app?

“I am working quite regularly with a TV network and we use the app to generate statistics for a live TV broadcast. There is a lot of angles you can use it for.

“I always advise local journalists who write about schools and club rugby to use the app so they can have a little bit more to say. If you try to create context in an article that is only going to published a day or so later, it is quite difficult to do that.

“I urge the guys locally to measure games so they can have a lot of live statistics in front of them to then bring those stats in as a conversation point for their articles. It is about making them more analytical and that will filter down to parents and how they consume the games.

“It is not all emotional and they can see the strategy behind the games. I am a bit of a nerd, but from that point of view, it makes the game more exciting!”

Do any professional clubs currently use the app?

We have two teams in France, a few in Ireland as well as female clubs in Canada and America who have the app on trial at the moment.

“The main thing is, because the statistics are live, even if you can afford video analysis systems, you don’t always get the statistics live so that is a good thing for these clubs.

What is your vision for Ruggo?

“There is a lot education involved. A lot of people are quite scared of the technology and don’t really know how it works.

"The next year and half is where we want to just increase people’s knowledge and say this product is out there and give it a shot because it is not expensive.

“We are going to try and add some new applications where we can measure the statistics normally, but also someone else can then measure things like the breakdown which is something we are currently working on. So for teams that want to start looking at things in a little more detail, we will try and offer them that.”