Rugby X Preview: Inside the camps 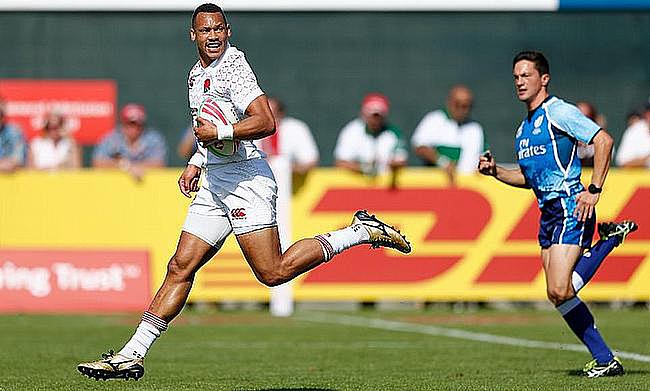 Tuesday night will see the first ever edition of RugbyX take place at the O2 Arena in London. Both men and women will take part in the competition with sides from England, Argentina, France, Ireland, Argentina and the Barbarians taking part.

Starting at 15:30, the competition is a new 5-a-side format of the game that takes place on a smaller pitch, with two five minute halves, ensuring a fast-paced and exciting competition at the indoor venue.

With six men’s sides, England, Ireland and Barbarians are in Group A, with Argentina, the USA and France in Group B. It is England and the Barbarians that will be kicking off the tournament, Danny Care will be leading the BaaBaas, with Olympic gold medallist Osea Kolinisau captaining the side.

England will be bringing a young side to the tournament with experienced campaigners Dan Bibby and Tom Mitchell unavailable due to injury. Speaking at the Athlete Factory International 7s, Simon Amor said that he was excited for an evening at the O2.

“It’s just a different kind of experience, particularly with some of the older boys getting the opportunity with the younger guys as well. Personally I’m really excited to see how Api (Bavadra) goes in it, I think he could be fantastic.”

Ireland, newly on the World Series will be bringing a strong team too. Love Island winner Greg O’Shea will be in the Ireland team alongside Ireland Sevens regulars Billy Dardis, Harry McNulty and Jordan Conroy.

“It should be great. A good exhibition of rugby, it will be different and we’ll just be trying to find our feet in it, but it will be great fun.” Ireland captain Billy Dardis said, “A lot of hype and we’re looking forward to get going and for a taste of the flying Fijians in the Barbarians squad.”

In Group B Mike Friday will be bringing many of his star players to London with Carlin Isles, Danny Barrett and Perry Baker will all be challenging for the maiden RugbyX title. One player who is looking forward to his evening in London is Cody Melphy, USA playmaker.

“I think everyone is looking forward to it, just the experience of seeing what 5v5 rugby is and growing that part of rugby, because we know that numbers can be small in certain areas and that’s what they’re trying to do, trying to grow a sport where if you have smaller numbers, you can do 5v5 on a smaller pitch.” Melphy said.

“We haven’t done anything ourselves to prepare for it, so it’s going to be new for us as well, but we’re prepared. Anywhere we go we’re going to try and compete, trying to be the best. We don’t go out there to be second place, we go out there to win.”

Coming up against the Olympic hopefuls France and fellow World Series opposition Argentina. Two sides from each Group will progress to the semi-finals stage of the competition that will start at 20:00.

With just four women’s teams (England, France, Ireland and the USA), there will be just four women’s games taking place at the O2. With two semi-finals in the early afternoon sessions, the first semi will see England take on France.

Now coached by Charlie Hayter, England started their World Series campaign earlier this month with a ninth placed finish in Glendale, with each of Ireland, France and the USA finishing above them.

“It was great to get out there and get the World Series underway this year, obviously a big year for the sport with the Olympics coming up at the end of the season, but it is great to have another big occasion tomorrow night, get the girls out there and playing in front of a big crowd on home soil.” Hayter said.

England are taking an extremely strong squad to this tournament with Heather Fisher, Emma Uren and Holly Aitchison all representing their country. They face a stern test against France in their first game and will be hoping to face off with either the USA or Ireland in the final.