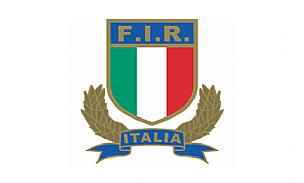 Italy sent a stark warning to their group C rivals today as they eased to a nine try victory over Russia.

With an opening defeat against Australia and Ireland's subsequent victory against the Wallabies, qualifying for the quarters was going to be an uphill task for the Azzuri. They needed a convincing win today to go into their encounter with Ireland with any chance of progressing.

From the offset it was clear that the much changed Italian side was up for the game and had a point to prove. They were able to out muscle their Russian opponents and secure early territory and possession. After a mere 5 minutes, captain Parisse crossed for the first try of the game following an Italian line-out. Italy continued to pile the pressure on Russia and it wasn't long before Toniolatti touched down for a second try after 13 minutes.

By the 22nd minute the game was all but over as Italy scored their third and fourth ries in quick succession to secure a bonus point. As things continued to worsen for the Bears, their scrum conceding penalty after penalty. Referee Wayne Barnes had little choice to award a penalty try for persistent collapsing of the scrum, leaving Italy 31-0 to the good after only 28 minutes.

To their credit Russia did not give up. As they worked through phases, they seemed to grow in confidence. A late tackle by Italian centre Ongaro saw him sinbinned and Russia looked to capitalize on their one man advantage. Some neat interplay between the backs and expertly executed show and go gave Yanyushkin the opening he needed to score Russia's first ever World Cup try. Any slim doubts of a Russian comeback were put to bed as Italian scrum-half Gori crossed for his side's sixth try of the half. As the sides left the field for half-time, Russia found themselves trailing 38-7.

The second half saw much of the same. Italy were dominating every aspect of the game and playing more as a complete team than for a number of games. The forwards fought hard at the breakdown and in the loose, providing quick clean ball to the backs who in turn looked dangerous with ball in hand. It was no surprise then that Italy opened the scoring in the second half through Bienvenuti.

By this stage it was clear that the game was in the bag and this was evident in the way Italy played. They took their foot off the gas and looked relaxed in their play. This did create openings for Russia who scored a further two tries. Their first saw Ostroushko round Italian wing McLean while their final try being an easy score for Makovetskiy. With McLean having already crossed for Italy's 8th try, it was fitting that the final score of the game should come from the Italian scrum. As the pack powered over the line it was left for Zanni to score the 9th try.

Russia left the field dejected. Their final two group games come against Ireland and Australia, both of whom will target bonus point wins against the bears. Although Russia's shortcomings were severly exposed by Italy today, they have made huge strides over recent years and undoubtedly continue to do so.

The match will be a huge confidence boost for Italy, who will now enter their final two games against USA and Ireland in high spirits. They showed today how dangerous their pack can be and that they have a set of backs capable of producing the goods. If they can secure another bonus point win against the US, it will leave Ireland with a lot to think about ahead of their encounter with the Azzuri. Contrary to popular belief group C is not a foregone conclusion yet.