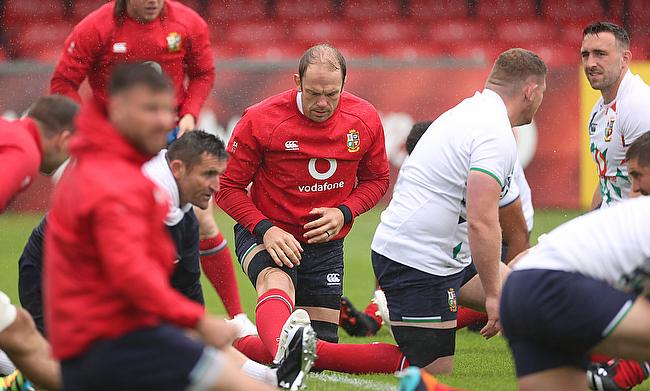 British and Irish Lions captain Alun Wyn Jones has urged his side to finish the ongoing tour of South Africa on a high as they take on the Springboks in the third and deciding Test in Cape Town on Saturday.

The Lions started the series with a 22-17 victory in the opening Test but South Africa made a stern comeback as they levelled the series following a 27-9 win in the second game riding on tries from Makazole Mapimpi and Lukhanyo Am. This was also Lions' biggest defeat since the 27-9 loss to New Zealand in 2005.

Even though Jones is wary of the challenge from the World Champions, he is confident of the Lions' chances in the weekend's encounter.

"It's going to be obviously the biggest week of the tour now. It's the last chance to put it right. We're fortunate we've got another week," he said.

"There has been a lot said about a wounded Springbok but I think the Lions have taken a dent and we need to put it right.

"Immediately after the game we got together and said we had to stick together. There was a lot of eye contact.

"Everyone is well aware that Warren will make changes - he's notorious for making changes - and we go again.

"There will probably be opportunities for some and there's definitely a feeling we can probably put it right.

"It will be interesting to see what Warren does with the team. But definitely it's going to be a big week."

Earlier, Lions prop Kyle Sinckler will be facing a disciplinary hearing on Tuesday after he was cited for an alleged biting incident involving South Africa second row Franco Mostert in the second Test.