Ronan O'Gara to be inducted into World Rugby hall of fame 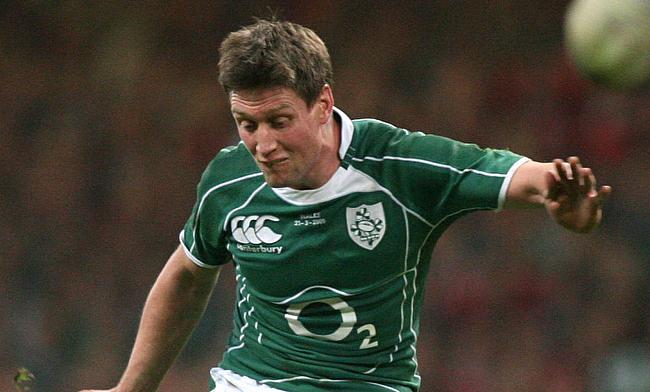 What can Rugby learn from the Football World Cup?
World Rugby confirm Sevens schedule for Tokyo 2020
Sevens format will play an integral part in growing rugby across the world - Bryan Habana

O'Gara has featured in 130 Tests with 128 out of it coming for Ireland and the remaining two for British and Irish Lions between 2000 and 2013. The former Munster fly-half is also the highest point scorer in the history of European Cup with a tally of 2,625 and is currently working as an assistant coach of Super Rugby side Crusaders.

He is also Ireland's leading point-scorer after amassing 1083 points and is famous for his dramatic drop goal against Wales when he led his team to a Grand Slam in 2009.

All five legends of the game will be honoured in England on 12th September with the ceremony to be held at the state-of-the-art physical home of the Hall of Fame. O’Gara, Villepreux, Williams and Burgess will attend the event while Larkham will be honoured on 17th August due to his involvement in the Rugby Championship competition.

World Rugby Chairman Bill Beaumont lavished praise on the five greats of the game and said they thoroughly deserve the honour for the contribution to the game.

“The World Rugby Hall of Fame importantly acknowledges and celebrates the true legends of the game, celebrating those who have made outstanding contributions throughout their careers while embodying rugby’s values.

“On behalf of the rugby family we would like to congratulate this year’s five new inductees, Stephen Larkham, Ronan O’Gara, Pierre Villepreux, Byran Williams and Liza Burgess as they are recognised and honoured for their immense contributions to rugby.

“Each have left their mark on the sport and through their achievements and character, inspired millions to play and support rugby worldwide, and we look forward to honouring them in the coming weeks.”