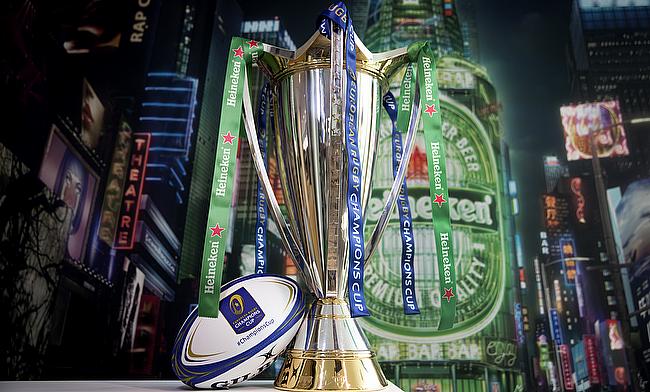 The Heineken Champions Cup has reached the business end of the tournament with Saracens, Munster Rugby, Leinster and Toulouse in contention to win the competition.

Response on the increase:

Attendances for the European tournaments have been on the rise this season with under 1.35 million spectators with the quarter-finals of the Champions Cup alone aggregating 124,147 which is the highest since the 2011/12 season. The numbers are also the fifth highest in the history of the tournament's quarter-finals. Make sure to read this Betonline review if your thinking about placing some action on the match.

Clearly, the team to beat in the tournament so far. The group stage saw Saracens extend their domination after winning all their six games that included four bonus point victories amassing 28 points to finish at the top of the Pool 3. Saracens also had to face their group opponent Glasgow Warriors in the quarter-final and it was double from Liam Williams and David Strettle, who contributed massively as Mark McCall's men came up with a seven-try performance to beat the Scottish side 56-27 at Allianz Park. The win was even special for the Premiership side as they went on to outplay Glasgow even without Owen Farrell, who had to miss the game as he was expecting his first child, with wife Georgie.

Having won the Champions Cup during 2015/16 and 2016/17 seasons, Saracens surely will be among the top contenders to win the tournament once again.

Saracens' Billy Vunipola urged the side to bring their best game if they are to beat Munster in the semi-final.

“They’re a tough, tough team. Anyone who wants to play against them has to win the arm-wrestle first. They’re very organised.

“We played them two years ago in Dublin and they were awesome, so we’ve got to bring our A game.”

One of the two Irish sides to reach the top four, Munster will be looking to make most of their thrilling win over Edinburgh in the quarter-final. Having been 13-10 down until the 70th minute, Keith Earls with the decisive touchdown ensured the Irish side crossed the line to reach the semi-final. Munster also had a productive group stage with four wins from six games and were clear toppers with 21 points in Pool 2. A title win in this edition will be their first since then last won the Champions Cup during 2007/08 season.

With five wins from six games, Leinster amassed 25 points in the group stage that saw them top Pool 1 but it was Ross Byrne, who helped them edge out Irish rivals Ulster 21-18 in the quarter-final. Bryne kicked three penalties including the decisive one at the end and also had an 11th minute try to set up the thrilling win. A title victory this season will see Leinster surpass Toulouse to win their fifth Champions Cup - the most by any teams in the history of the tournament.

Just like Leinster, they have a chance to win the fifth title in the Champions Cup and their confidence would have increased with the 21-22 win over Racing 92 in the quarter-final. Toulouse played most of the game with just 14-men following a red card to Zack Holmes at the start of the second quarter but despite the setback a double from Antoine Dupont and a touchdown from Maxime Medard proved just enough as they edged out their Top 14 rivals. With 21 points from six games, their tally proved enough to finish one of the second best team to reach the knock-out stage.

Toulouse director of rugby Ugo Mola stated that the team is upbeat about facing Leinster, who he believes is the 'best team in Europe'.

“In the semi-finals we will be playing the best team in Europe at home,” said Mola of Toulouse’s fellow four-time winners. “But we are delighted to be doing so. It’s fantastic to be playing a semi-final at the Aviva.

“Those who have been following this group know that they have something extra, something different. Will that allow us to win something that counts now?

“The reality is that we have progressed beyond one more very important stage and now we have to go to Leinster, where I think something more difficult awaits us."