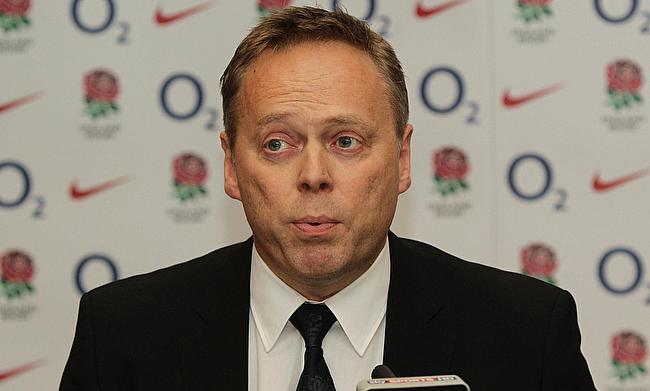 Titled 'Game Of Our Lives' the plan will be executed for four years from 2017 to 2021 and will have a total of £443 million invested during the phase.

The plan was revealed at Twickenham on Tuesday with the director of professional rugby Nigel Melville and rugby development director Steve Grainger also present.

“The next strategic plan is about making sure we capture all of the changing environment, changing world, changing perception that’s out there and make sure we’re ready and fit for the next four years," said Brown.

“We’ve looked at our culture and values as well as the history of the game and the fundamental things that are so special to us, and we’ve held on to those.

“We want rugby to be seen as a force for good, we want to lead the world not just on the pitch but in terms of the way we’re run as an organisation, the way that we invest financially, the way we’re governed as a sport and set a standard in England, and across the globe, about how the game should be played and how the sport should be run.

“We invested a third of a billion in rugby before, we’re saying over £400 million will be invested in rugby over the next four years, that is substantial increase and a substantial commitment."

“We want to protect everything that is great about this sport and every person that plays we want to take care of," added Brown.

"We want to take care of the sport itself and make sure it is still a relevant and appropriate game for the modern generation.

“We listen to Eddie Jones as when he’s talking to us about the team, he describes a situation where people perhaps need to become more comfortable with being less comfortable most of the time – I think it is a great thing to say.

“That is an environment we need to be in where we’re pushing and stretching ourself to deliver these obligations that we have to the game as a whole.

“We have a significant responsibility and we as a collective group take that very seriously. If we deliver this plan, hopefully we will have delivered the game of our lives but we expect to be held to account for that delivery."