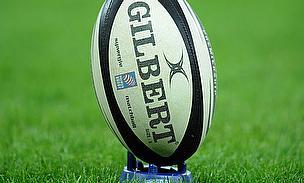 The Southern Hemisphere often boasts about their fee-flowing rugby, but the truth is the
South needs Northern Hemisphere referees. A combination of the free-flowing South
and accuracy of the North is the ideal for running rugby. The following areas of the
ruck/breakdown have to be refereed well, looking ahead to the sport’s major showpiece,
Rugby World Cup 2015 later this year.

What the teams and fans want
First and foremost fans want tries. This can be realised by the referees ensuring that
teams can generate quick ball at the breakdown. Quick ball enables attacks to recycle
the ball at lightning speed, giving teams the ability to put defences under pressure.
Quick ball allows teams to manipulate defences and ultimately score tries. Quick ball at
the breakdown will allow quality teams who are able to manipulate defences to score
tries. Fans love tries!

What referees need to do
-Referees need to referee the breakdown. Referees are required to actually USE THEIR
WHISTLES and set clear parameters about what is to be expected. This is one of the
most contentious and debatable areas and needs to be managed strictly in order for
teams to generate quick ball. The breakdown has become an area, where teams look to
contest both legally and illegally and a fair contest needs to be upheld by the referee.

-Referees should be prepared to give yellow cards for obvious infringements when
teams are under pressure. Teams are very willing to give away 3 points instead of 5 or 7
when opposing teams are hot on attack. This ruins the spectacle and is a technique used
by teams. Teams will give away penalties consistently until their manage a turnover and
are able to clear. Negative tactics such as these should be dealt with strictly.

-Referees should not be afraid to advantage any infringement that slows down the ball.
Players will adapt very quickly to the referee and ensure that quick, clean recycling of
the ball can take place.

-Communication in this area is essential. Referees need to communicate their
perceptions of grey areas. Interpretation of breakdown is not easy and referees need to
communicate where necessary and penalise when players transgress.

Problem areas
1. Tackle Release
The player who makes the tackle or an assist tackler must show a clear release
before contesting the ball on the ground.
2. Body weight
Players who wish to contest at the breakdown should maintain their body
weight. A player should be able to keep his body weight without using his hands
to keep himself from flopping over.
3. Entry to Ruck Area
Players must enter ‘through the gate’ as referees say. This must be refereed to
allow for an accurate and fair breakdown contest, there should be no short cuts.
This is often the law that is transgressed under pressure and should be dealt with
appropriately.
4. Hands in ruck
Once a ruck has formed and the defender does not have his hands on the ball, he
should not continue to play it. The tackler should also not be allowed to play the
ball if he is ‘beaten by the ruck’. The ruck has formed before the player gets to his
feet and attempts to play the ball.
5. Taking up space
The tackler may immediately get to his feet and contest the breakdown. He may
not however take up space and prevent an effective clean out by the attacking
team. The tackler may not take this space if he is not contesting for the ball on the
ground.
6. Rolling Away
Once a tackle has been made the tackler may immediately regain his feet and
contest the breakdown. If the tackler does get to his feet straight away, he should
remove himself from the ruck area immediately by rolling away. The tackler
should roll and allow the attacking team space to effectively clean out the
opposition. The tackler should not roll into the path of the scrumhalf and disrupt
his clearance of the breakdown.
7. Effective clean outs
Fans do not want to see penalties given for effective clean outs. Too often a
player has barely got his hands on the ball, is effectively cleaned out and the
referee awards a penalty to the defending team. This is not positive for the game
of rugby.

I strongly urge referees to use their whistles in this area. The Rugby World Cup
needs referees who apply the laws effectively. Fans often bemoan pedantic
refereeing, though I would prefer a Jaco Peyper over a Glen Jackson any day.
What the fans do not want is, a free for all breakdown lottery in a semi-final or
final.