Read Returns for the All Blacks 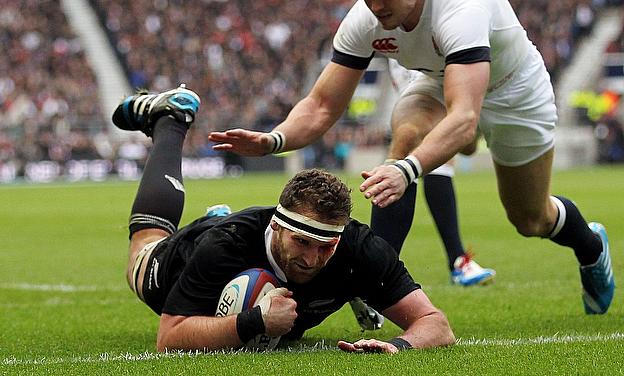 Should Overseas Players be Eligible for the All Blacks?
Injured Smith out of Series Finale
New Zealand Class Shines Through
Savea Back for the Blacks
New Zealand take last gasp win

2013 Player of the Year Kieran Read has returned to the All Blacks starting lineup for this Saturday’s third and final Test with England.

The prolific number eight has been absent from the first two Test victories in Auckland and Dunedin after suffering a number of fitness setbacks due to concussion.

However, Read is now deemed fit and will take his place once again at the heart of the All Blacks back row as they look to inflict a damaging whitewash of victories over England, who have pushed the world champions all the way in their own backyard.

Jerome Kaino, who has occupied the position in Read’s absence, moves over to blindside flanker to accommodate Read with Liam Messam dropping to the bench.

Now the Crusaders loose-forward will win his 62nd cap this weekend, with Captain Richie McCaw completing a fearsome back-row unit to take his 127th All Blacks bow.

Elsewhere, Malakai Fekitoa wins his first start for the All Blacks, with Conrad Smith ruled out after breaking a thumb in New Zealand's 28-27 second Test victory last weekend.

The All Blacks will look to equal the record 17 consecutive Test wins by seeing off England in Hamilton, so Hansen has duly selected from strength. 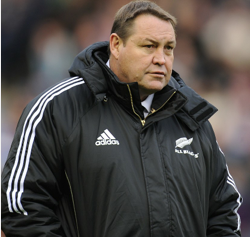 Hanson: England are consumed with Doubt

Highlanders centre Fekitoa is already proving one of the Super Rugby stars of the season, the 22-year-old bolting through the All Blacks ranks in impressive fashion.

Ahead of the game Head Coach Steve Hanson has claimed that England are consumed with doubt about their tactics and the way that they want to play the game, after discovering that they are unable to match the All Blacks at a fast-paced game.

The toursists have again made a rift of changes ahead of the final Test, with seven changes to the team that narrowly lost in Dunedin.

England were blown away in the third quarter of the 28-27 loss in Dunedin, conceding three tries in 11 devastating minutes as New Zealand delivered a lesson in the art of finishing.

England entered the series hoping to develop the high-tempo gameplan that served them well during the RBS 6 Nations, but Hansen insists they are now overcome with doubt.

"They are in a bit of a quandary really because they took us on in Dunedin playing a game of real pace and worked out they couldn't," he said.

"So what are they going to do now? I've seen Lancaster mention in the paper that maybe they shouldn't play too much rugby down their end, so maybe they're going to kick a wee bit more.

"But they will have a good plan because they are good coaches, so we've just got to make sure we've got a good one to counter it.

"England are a determined bunch so they'll want to put in another performance they can be proud of, so I don't think we've broken their spirit.

"They're a group of people who believe in themselves, so they'll get up again for the last Test."

England arrived in New Zealand outlining their intent to win the series but have been outplayed by the world champions over the first two Tests.

In the 20-15 victory at Eden Park the All Blacks produced the match-winning try two minutes from time and in Dunedin they emerged convincing winners, even if the scoreline suggests otherwise.

A 2-1 series defeat would be viewed as an acceptable return and head coach Stuart Lancaster admits their summer tour should be deemed a success or failure based on Saturday's outcome.

"The series will be judged ultimately by the scoreline. We desperately want that win and that's why we need to put in a high-quality performance," Lancaster said.

"We will judge the tour by results but also the knowledge and experience we've learned about our players.

"The ability to learn who can and who can't deliver at the highest level has been absolutely invaluable.

"You can watch as many DVDs and games as you like, but it's only when you get your hands on player’s week in week out that you really learn the true strengths of individuals.

"That's been the most invaluable part of the tour because that's what you need leading up to a World Cup."