Should Overseas Players be Eligible for the All Blacks? 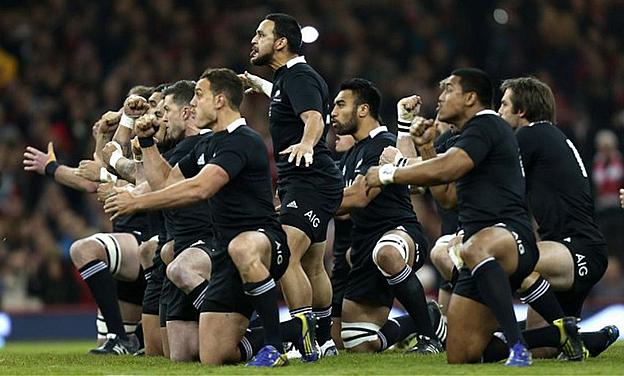 Should Overseas Players be Eligible for the All Blacks?
©PA

With England’s Test series in New Zealand well underway, with two Tests and a tour match down with just this weekend’s game in Hamilton left, TRU looks at whether the All Blacks should be able to select overseas players.

A large talking point within the rugby world at the moment is the question of whether players, in most cases, should be allowed to represent their country after playing their domestic rugby within another.

The question has arisen in the northern hemisphere, also, with England’s coaching staff maintaining that they will not pick Steffon Armitage – the 2013/14 European Player of Year – for their squad whilst he still plays abroad for Toulon, despite being one of the world’s best flankers.

The All Blacks, the world’s best side for the last ten years, have always employed the overseas players rule within their ranks, with a number of players moving from the islands in search of more lucrative contracts whilst having to leave their black jerseys at home.

Talking Rugby Union’s southern hemisphere correspondent, and New Zealand fan, Scotty Donaldson brings you his thoughts on why the ruling should continue within the ranks of the world champions…

Seeing New Zealanders like Jason Woodward, Tamati Ellison and Alby Matthewson exceling for their Australian based Super Rugby franchises raises the question of whether overseas based players should be eligible for the All Blacks. I still have to answer this with an emphatic no!

The NZRU has it correct by only allowing New Zealand based players to don the All Blacks jersey and represent their country. They could open the gates to overseas based Super Rugby players, but then that would be the catalyst for opening the borders to European and Japanese based players and this would be the end of the All Blacks and New Zealand’s Super Rugby dominance and the ITM Cup, in my opinion.

All New Zealand has to offer players is the lifestyle with the big money overseas in the bigger markets of Asia and Europe. This would pretty much see New Zealand drained of talent knowing that they could still qualify for the All Blacks. If you think this is unreasonable, you only have to look at what has happened to other countries…

Just look at countries like Samoa, Fiji, Tonga and Argentina. Their players are scattered all over the world and their clubs pay the bills and tend to get club over country priorities.  It is very similar to what New Zealand faces in the round ball football code trying get players back for fixtures.  Even when players are returned, it often causes disruptions with limited training time together.

South Africa do allow overseas based players to represent them and this has seen messy situations develop.  In recent seasons this has caused disruptions with one situation arising in recent seasons where five French based players flying from their club team in France to Argentina for a Rugby Championship fixture and then had to return to France the following week.  It is hardly ideal.  Imagine how much stronger their Super Rugby teams would be too!

England and Australia have similar policies to New Zealand.  There has been something interesting happen with England.  Their squad to tour New Zealand in June has been depleted through injuries and a clash with the Aviva Premiership final and the drums have been beating for Toulon based Steffon and Delon Armitage.

Toulon do play in the Heineken Cup against England teams, much like New Zealand’s Super Rugby opponents in Australia and South Africa.  But to England’s credit, despite being tempted to strengthen their squad to New Zealand, they have looked at the long term future of the game in England and looked at England based players.