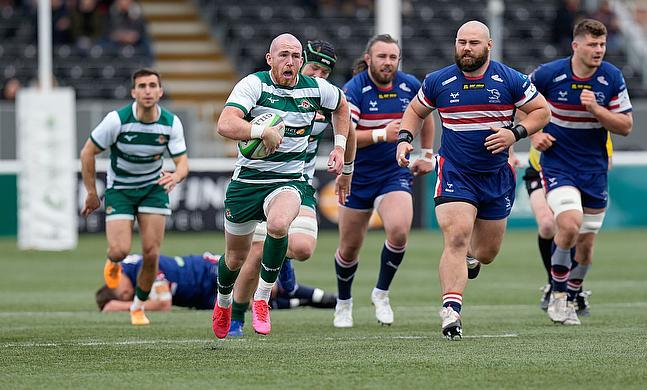 Title race blown wide open in National Two South after Esher defeat Redruth
Who can gain the upper hand in the National Leagues in Round 22?
'You can just look at the stats to see what a great place the Championship has been'
Exclusive: Doncaster’s Steve Boden talks promotion and being Yorkshire’s leading light

The Rugby Football Union have confirmed that only one team will be promoted from National One at the end of the 2021/22 season after both Ealing and Doncaster were denied promotion to the Premiership.

This year, two Championship clubs – Doncaster Knights and Ealing Trailfinders -  nominated their home grounds to be eligible for promotion and to be independently audited under the Minimum Standards Criteria.

However, both teams did not meet the Minimum Standards Criteria based on capacity (as well as other factors). The Professional Game Board (PGB) therefore made a recommendation to the RFU Board that neither club could be promoted to the Premiership for the 2022/23 season. The RFU Board has today ratified this decision.

This outcome, of course, impacts National One as only one team will be promoted from the third tier but it also means only two teams (whoever finishes 14th and 15th) will be relegated when the campaign concludes at the end of April/start of May.

Bill Sweeney, Chief Executive Officer of the RFU said; “The RFU and PRL would welcome a Championship club being promoted to create a 14-team Gallagher Premiership league.

“In the past, clubs with home grounds which would not meet the Minimum Standards Criteria have nominated other grounds, under a ground-share agreement to provide a bridge between a club developing its own facilities to provide safe, compliant participation in the Premiership.

“The RFU and PRL would like to support and encourage all Championship clubs to continue to develop their proposals for the expansion and development of their grounds including the submission of formal planning applications."

Both Doncaster and Ealing are entitled to appeal the decision through an independent arbitration process.